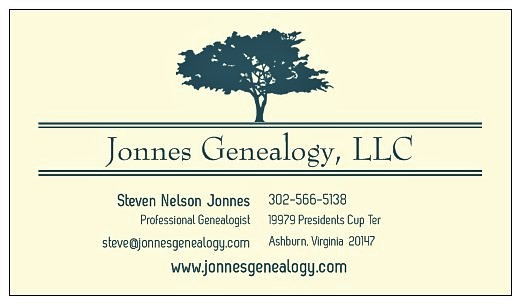 I feel like it’s time to step back and reassess.  I began building a family tree over a decade ago.  In January 2011, I joined Ancestry.com at the suggestion of a buddy at work, Ray Thomas – a fellow Ohioan like my father.  I was immediately addicted and the passion has never let up.

At first, it was a casual hobby and I made mistakes, sometimes adding people simply because other online trees said they were ancestors.  Gradually, though, I became more disciplined and rigorous about proving lines of descent.  Upon retirement 6 years ago, I started taking genealogy courses and attending conferences.  Four years ago, I became a professional genealogist.

As of today, my tree has 5,603 people in it – not all of whom would necessarily be relatives – and 752 direct ancestors, give or take.

In the early years, I was focused on my father’s side of the tree (Jonnes/McMullin/ Lukemire/Blalock) but that changed after Dad died.  Mom asked me in 2014 to work on her tree (Bonn/Aaberge/Vermilyea/King), which I did almost exclusively until her death two years ago.  I continue to remain centered on my mother’s ancestry, partly because I still have relatives on that side interested in what I find, and partly because of the momentum and expertise that has been built up, especially in Norwegian genealogy.

So, let’s recap the major elements of progress in the Jonnes Family Tree since 2011.

Because my 3-year old blog coincides with a research focus on Mom’s tree, I have neglected documenting much of the research performed earlier in Dad’s tree, especially the Blalock and McMullin branches.  Each discovery below is tagged with accompanying blog articles. 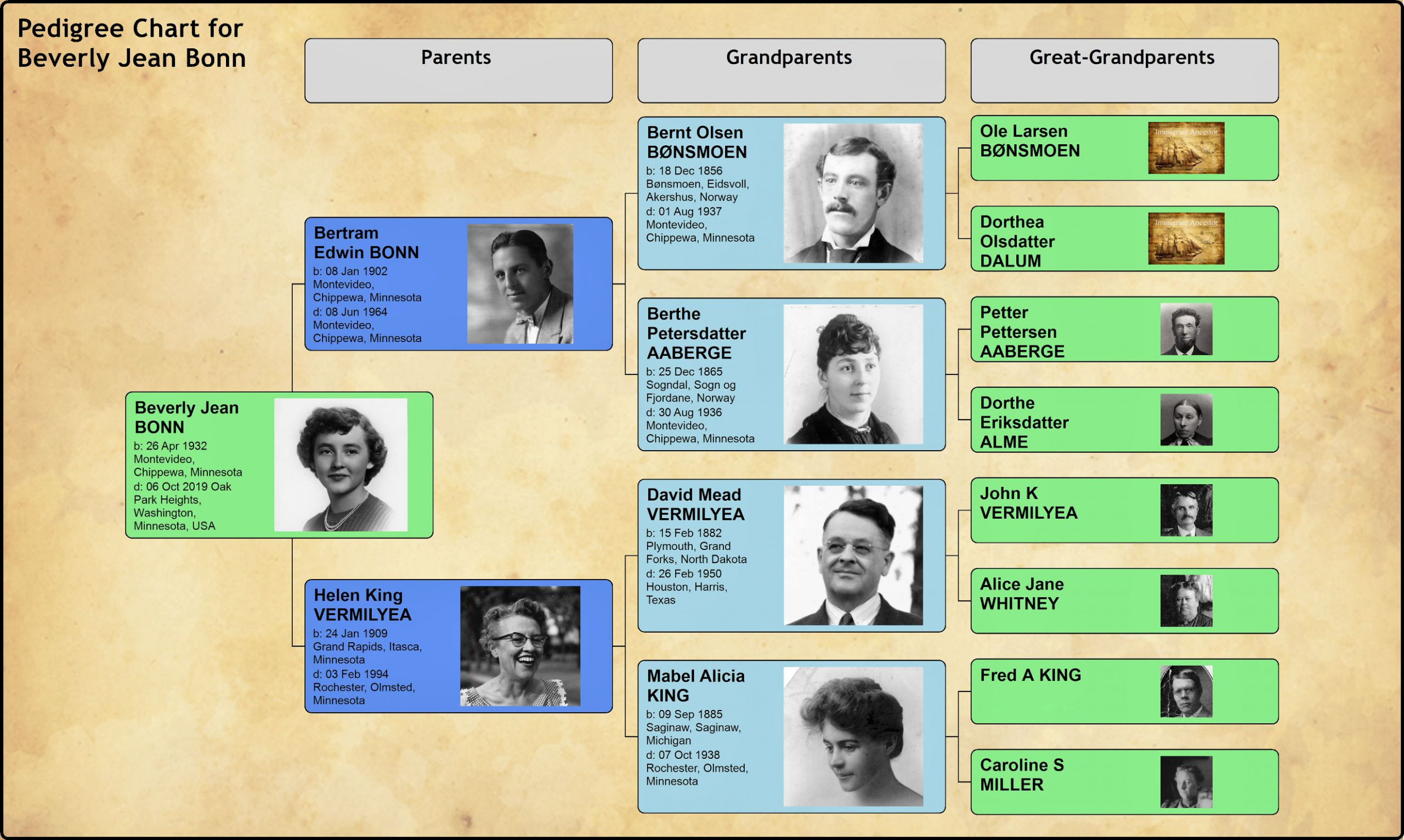