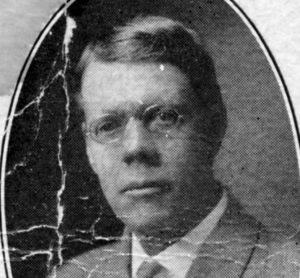 On our recent trip to northern Minnesota, we stopped in the Cass County Courthouse in Walker, Minnesota and obtained a copy of Fred A. King’s probate file.  Fred is my 2nd great-grandfather (2GG).  This was an overdue discovery, given that I already published three articles regarding Fred in Minnesota Genealogist. [1]Steven Nelson Jonnes, “Searching for the Parents of Fred A. King of Saginaw, Michigan,” Minnesota Genealogist, 47:1 (Spring 2016): 6-11; Steven Nelson Jonnes, “Fred A. King: Early Entrepreneur … Continue reading

As many in the family know, Fred built a log playhouse on Star Island in Cass Lake for his beloved granddaughter, Helen King Vermilyea (my maternal grandmother).  100 years later, the playhouse still stands today on the lot owned by Foster Woodruff. 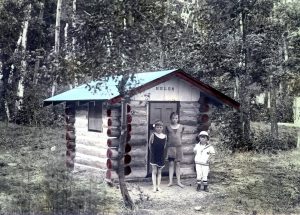 Fred died of heart trouble on 25 July 1920 in Cass Lake, Minnesota, one week after his 63rd birthday.  He may have died in the village but more likely died on Star Island.  I like to imagine it was in the upstairs porch of the cottage where he had a view of the lake.

According to his probate file, Fred bequeathed everything to his wife, Lena S. King (1860-1932).[2]Cass County, Minnesota, probate case files, no. 2134, Fred A. King, (1920), estate file, decree dated 18 July 1921; Cass County Clerk of Court, Walker, Minnesota.  The value of the estate was estimated at $3,000 in personal property and $12,000 in real property.  (The value of $15,000 today is about $190,000, according to simple inflation calculators, although converting that to a contemporary standard of living would likely increase the amount considerably.) 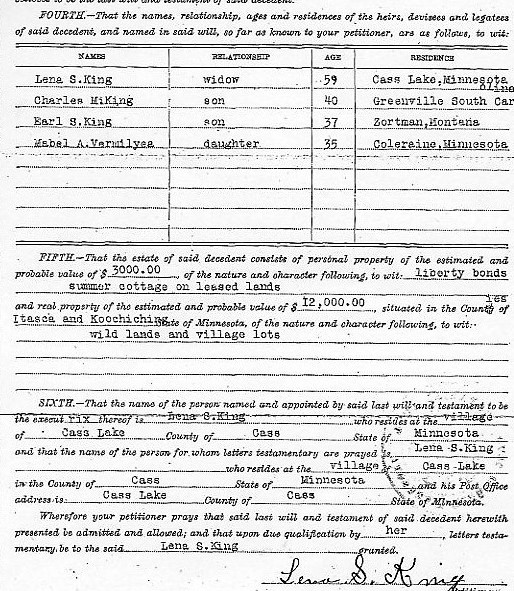 Three key pieces of information were gleaned from the probate file.  First, as suspected, Fred owned considerable real estate.  It makes sense that he would.  After all, he operated a real estate title company in Grand Rapids, Minnesota for 23 years (1891-1914).  The properties are referred to in the probate file as “wild lands and village lots” in Itasca and Koochiching counties.  The list includes over 20 properties in and around Grand Rapids, seat of Itasca County, and three properties in Koochiching County.   A newly obtained obituary characterized these as “several farms, a fine modern home at Grand Rapids, and town lots there.”[3]“Fred A. King is Called Beyond: Receiver of Local Land Office Succumbed Sunday,” Cass Lake Times (Cass Lake, Minnesota), 29 July 1920, p. unknown.  None of the properties was in Cass County.  He and Lena only lived in Cass Lake for six years and their ties to Grand Rapids remained very strong.  They were even buried in Grand Rapids, not Cass Lake.  (See the map of northern Minnesota in blog post, “Road Trip to Red River Valley I,” dated 4 August 2018.)

Second, the houseboat cottage on Star Island – about which we have the most interest – is thankfully cited in the probate record, as can be seen above in the page reproduced from the file.  However, it is not included in the list of real property.  Instead, it is found in his personal property list and is referred to as a “summer cottage on leased lands.”  Its assessed value was $2,000.  It seems odd, legally speaking, that the cottage was not considered real property.  And, curiously, the U.S. Forestry Service lease for Sandy Beach Lot #11 on Star Island is not mentioned at all in the original probate records.  This may have been an oversight on Lena’s part as probate executrix because several years later she submitted a petition to the probate court documenting the family’s lease.  The petition, dated 27 August 1927, reads:

The 1927 petition might suggest that Lena was beginning to think about how to dispose of her own estate when she died.  She may have realized that Fred’s probate record did not include the lease, possibly complicating her own ability to bequeath it.  (She died 5 years later in Grand Rapids – just hours before Beverly Jean Bonn, her great-granddaughter, was born on 26 April 1932 in Montevideo.)

Third, based on my reading of the probate file, the only property Fred A. King owned in Cass County was the Star Island cottage.  Although the 1920 U.S. census enumerates Fred and Lena in a dwelling in the village of Cass Lake, not on Star Island, this must have been a rental situation.[5]1920 U.S. Census, Cass County, Minnesota, population schedule, Cass Lake village, enumeration district 102, p. 13B, dwelling 238, family 255, Fred A. and Lena S. King in Mintie Parshall household; … Continue reading  Because the 1920 federal census was conducted in Cass County in February – the dead of winter – it is understandable that they had a room in the village and were not present at their island cottage, two miles across the lake.

My perception now is that Fred and Lena lived primarily on Star Island from 1914 after he was appointed as Receiver at the U.S. Land Office in Cass Lake, especially during the summer months.  In the winter, when access to Star Island was difficult, they rented a room in the village.  They also continued to own their old house in Grand Rapids, which housed a boarder, but probably visited there when they could.  There was a direct rail line and it only took an hour and a half or so to make the trip.