It’s always cool when you discover a place named after one of your ancestors.  Manhattan has Vermilyea Ave. and Ross County, Ohio has Jones Road, for example.

So, here’s a new one: Houghton Hill in Homer, New York.  Homer is 30 miles due south of Syracuse in a valley where I-81 runs north and south along the Tioughnioga River.  Homer is a small town of 7,000 people, but is contiguous with the neighboring town of Cortland which has a population of 20,000 or so.

About 4 miles northwest of the village of Homer, a rural county road called Houghton Hill Rd. veers off of NY State Route 41 and heads northwest steeply up a long ridge.  Once at the top, about 600-700 feet above the valley floor, you find yourself on a rolling plateau with wonderful vistas to the south and east.  This long, high ridge is known locally as Houghton Hill.  Although many of our ancestral locations in America have been obliterated or substantially altered by modernization, this is a location that strikes me as probably being very much like it was when our ancestors first lived there.  It was farming country in the 19th century and remains so today.  If felt like 2018 down in the valley but, honestly, being up on the ridge felt like going back in time.  Of course, we were searching for ancestors, so maybe that accentuated the feeling! 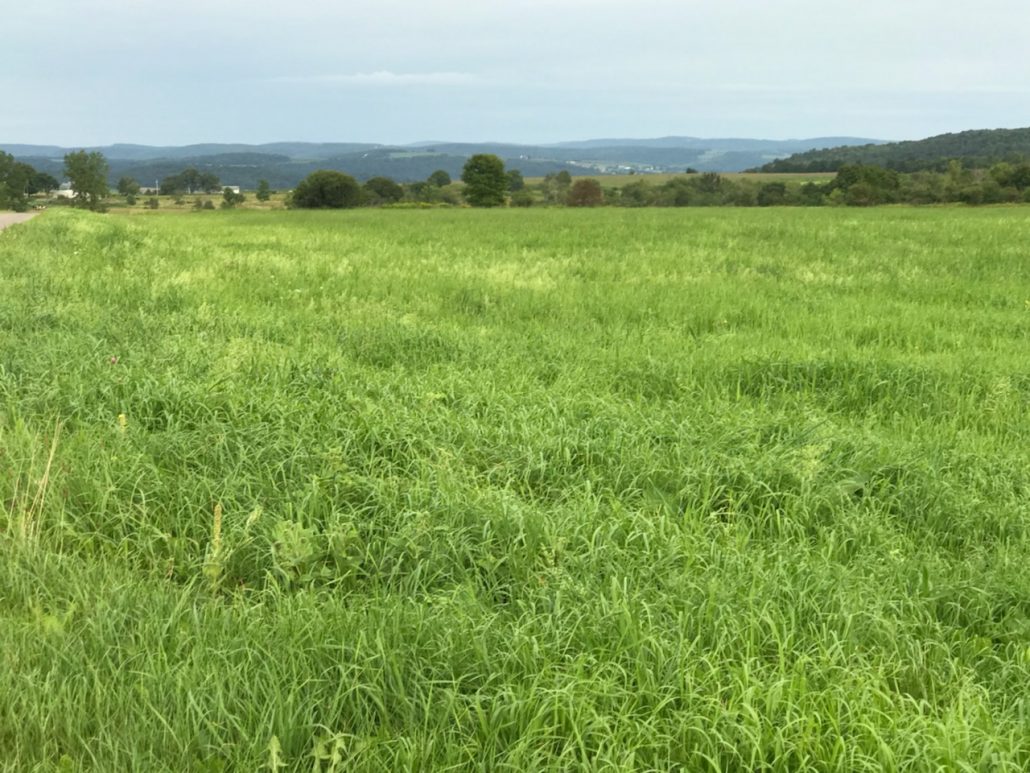 Back down in the valley below Houghton Hill reside the graves of 8 of my ancestors, spanning three generations.  Attached is a chart showing the ancestors involved, highlighted in green.  The family names are: Whitney, Price, Houghton, and Gates.

Lucia and I discovered the graves a year ago when we stopped in Homer after dropping Fiona off at Syracuse University.  At the time I was only looking to find graves for the grandparents of my 2GG Alice Jane Whitney (1855-1928) and was surprised to find eight ancestors buried there.   Alice’s father, James Harvey Whitney,Jr. (1824-1893), actually died in Missouri but had his body shipped to Homer for burial.

I didn’t realize Homer, New York was so important in my Mom’s family history.  I doubt there are many places in America where we have this many direct-line ancestors buried in one place.  Even Circleville, Ohio only has five and Montevideo, Minnesota four.

Here’s a photograph of Glenwood Cemetery, set in Homer on a beautiful sloping hill.  Alice Jane Whitney‘s parents and both sets of grandparents are buried together in the same plot – in the shade under the two big trees set in the left center of the photo – along with a number of siblings and their family members.  There are two old obelisks referencing the Whitney and Price families that dominate this plot.  Their families must have been very close to decide to share the same cemetery plot. 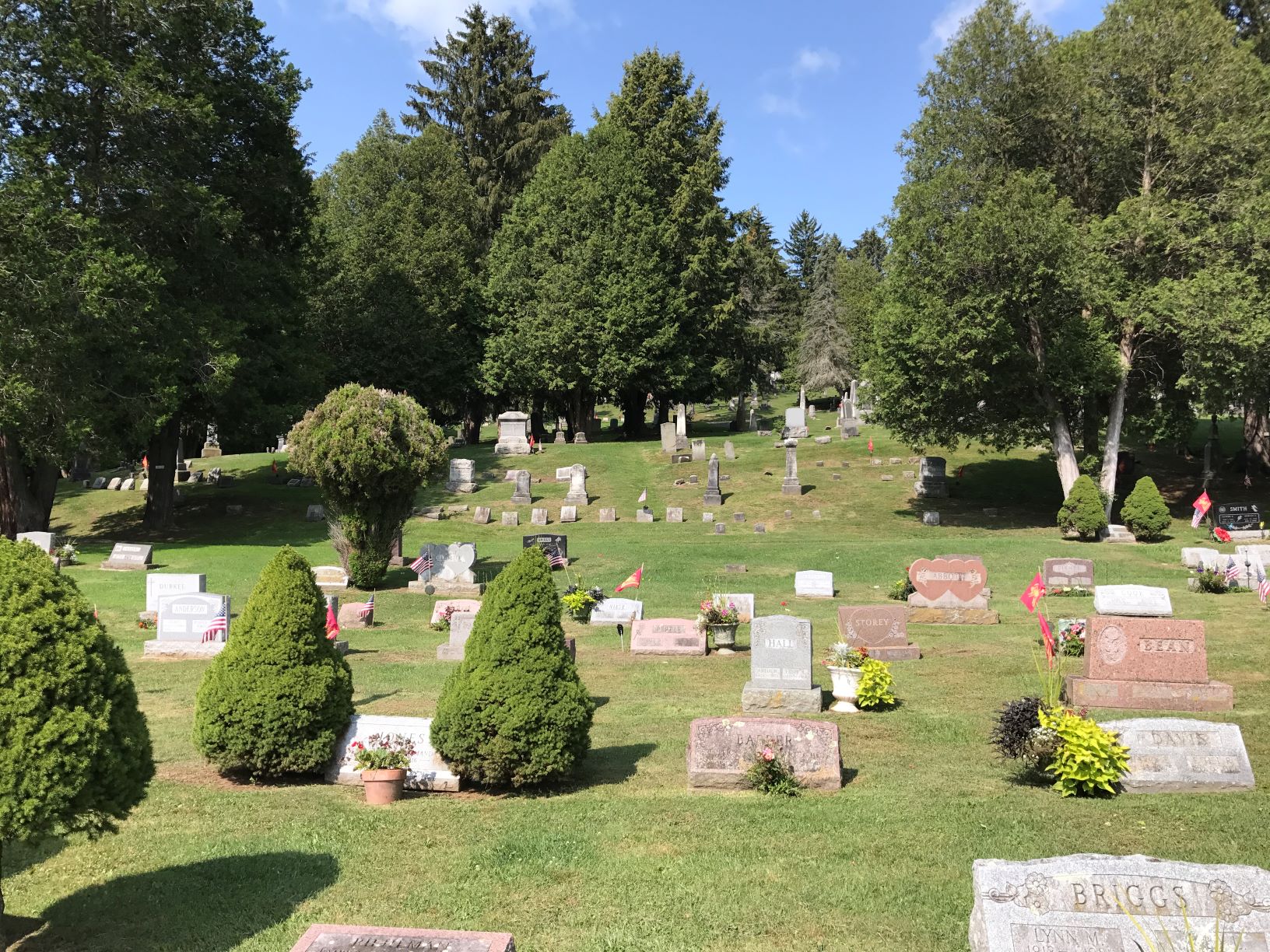 Both Houghton Hill and its eponymous road were named for the family of William Houghton (1757-1835), Alice Jane Whitney’s great grandfather and my 5GG.  William was a Revolutionary War veteran who may have received his land in Homer as bounty for his military service.  (Much of the land around the Finger Lakes was first settled as Revolutionary War Bounty Lands; William Houghton has a Bounty-land file but I haven’t gone to the National Archives to look at it yet.)  William and his wife Margaret Sexton (1775-1864) were natives of Hopewell, New Jersey, who arrived in Homer, New York in the 1820s.  William was 18 years older than Margaret and predeceased her by nearly 30 years.

(William Houghton’s father, by the way, was Col. Joab Houghton (1725-1798), a well-known officer in the New Jersey Militia, in whose company William served.  They were both at Valley Forge and crossed the Delaware with Gen. Washington.  I will report on him separately at some point. Thankfully, Dad never knew that Mom had such a high-ranking military officer in her tree!  Haha …)

So this year we went back to Homer on the same Syracuse-bound journey and drove along Houghton Hill Rd. for the first time.  Based on a tip from researchers at the Cortland County Historical Society, I had discovered an 1863 plat map at the Library of Congress, which pointed the way.[1]A. Warner,  Worley & Bracher, and F. Bourquin & Co., Map of the counties of Chenango and Cortland, New York: from actual surveys (Philadelphia, Pennsylvania: A. Pomeroy & S.W. Treat, … Continue reading  The map, which is displayed at the top of this page, shows the farmhouses of two ancestors – R. P. Price and Mrs. Houghton – on Houghton Hill Rd.  (The R. P. Price home is located in the upper left side of the map.)   R. P. Price refers to Richard Palmer Price (1788-1865), who married one of William & Margaret’s daughters Nancy Houghton (1796-1875).  Mrs. Houghton refers to the aforementioned Margaret Sexton.  In between, there is a residence for A. H. Price, which refers to Aaron H. Price (1835-1916), a son of Richard Palmer Price.  There is also an 1855 plat map, which shows the R.P. Price and Mrs. Houghton homes in the same locations.

We looked for both farm locations as we drove along Houghton Hill Rd.  No farmhouse was evident anymore at the location of the R.P. Price residence.  The land was steep next to the road and there was a rundown old tool shed on the hillside, but we didn’t see any residence there.  On the other hand, there was a farm where Mrs. Houghton‘s residence is indicated on the map, or at least close to it.  The house and buildings have almost certainly been replaced in the intervening years, but the general view of the farm may not have changed that much.  Here’s a photograph: 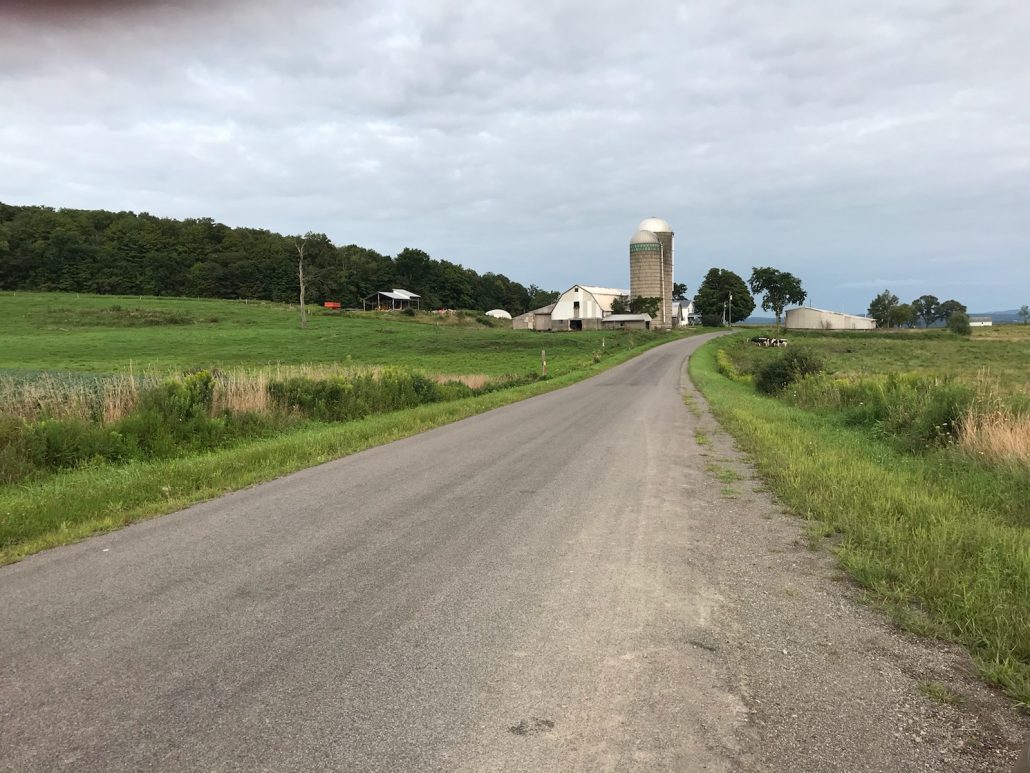 William & Margaret Houghton are not buried at Glenwood Cemetery in Homer, but rather at nearby Atwater Cemetery, a smaller, older cemetery.  Here are their tombstones: 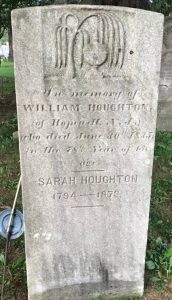 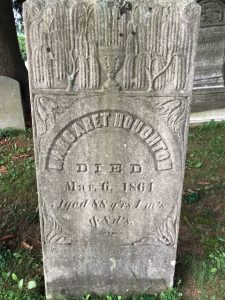 Note that a daughter, Sara Houghton (1794-1873), is listed on the same stone with her father even though she outlived him by 40 years.  The etching of her name is clearly fresher.  Sara was listed in the 1850 U.S. census as an “idiotic.”[2]1850 U.S. Census, Cortland County, New York, population schedule, town of Homer, p. 296A, dwelling 613, family 672, Sara Houghton in household of Margaret Houghton; digital image, Ancestry.com … Continue reading  She never married and lived with her parents (and then a sister) her entire life.  I thought it was odd that she didn’t have her own stone but was simply buried with her father and memorialized on his stone.  Maybe that’s what they did sometimes with someone who had an intellectual disability, or maybe she was just especially close to her father.