Now that Shuping and I summer in Minnesota, I was hoping to take advantage of our proximity to local genealogical records.

Last week was my first chance to do so.  We made a day trip north to Grand Rapids, Minnesota and obtained the probate file for Mrs. Caroline S. King, aka “Lena” King, at the Itasca County Courthouse.  This was a research objective I mentioned almost three years ago in a previous post about Lena’s husband Fred A. King.[1]See the post here.

One of the few images I have of Lena King shows her very late in life sitting with granddaughter Helen King Vermilyea (1909-1994). 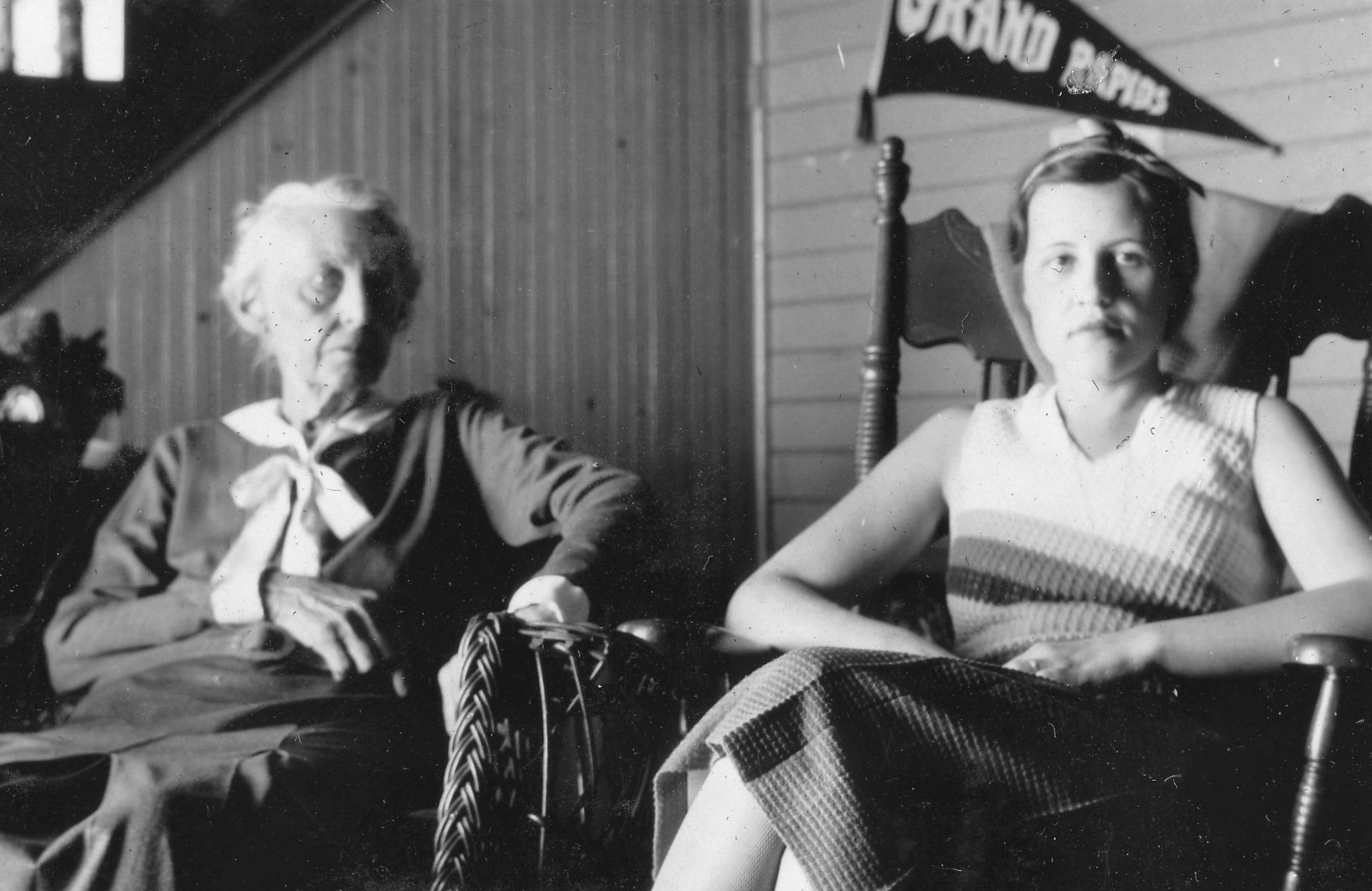 According to the probate file, Lena King died intestate.  As a result, the entirety of her estate was inherited in equal, undivided shares by her three children:

This darling photograph shows the three siblings around 1887: 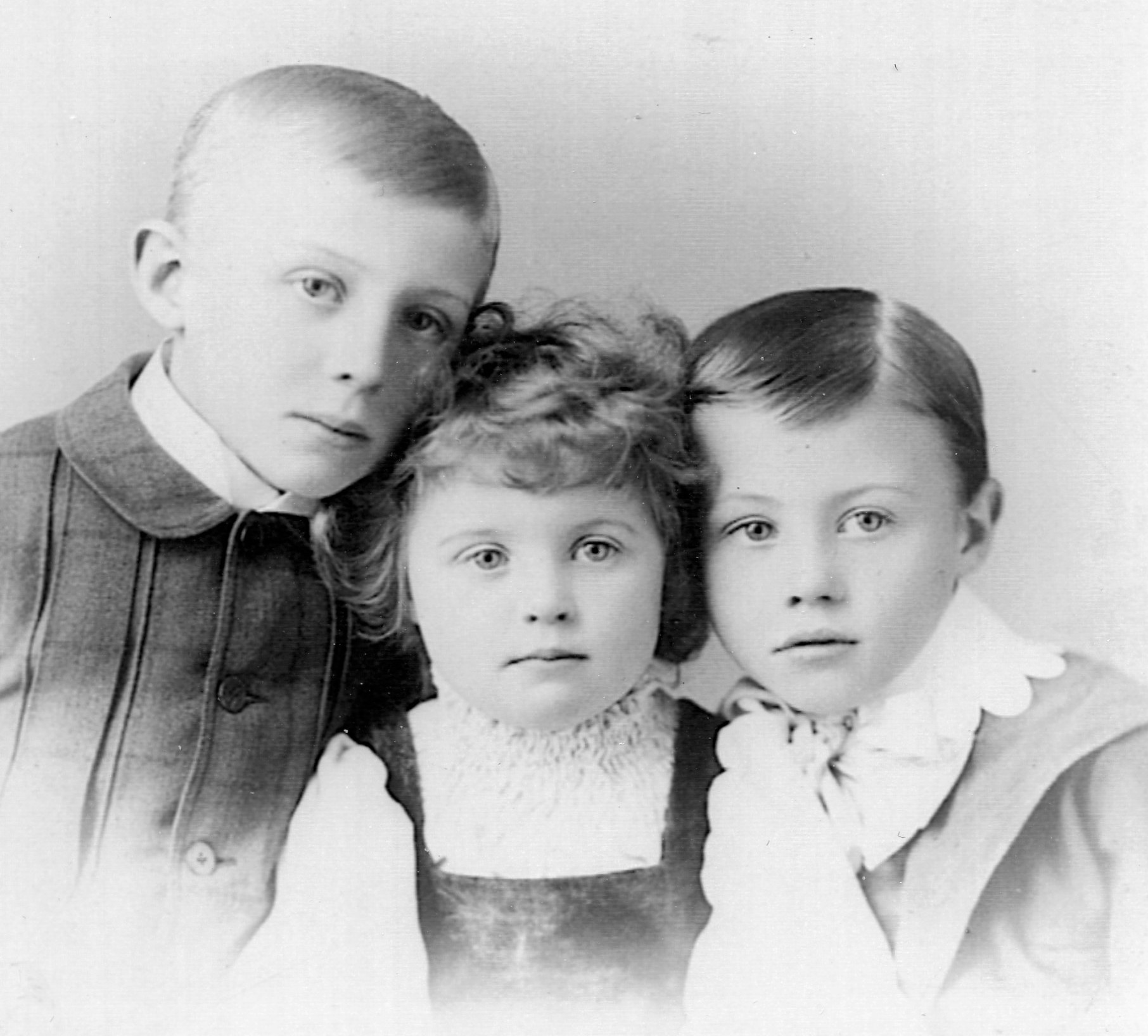 The estate was appraised at $5,683.91.  It included very little cash but there were a number of real estate holdings. 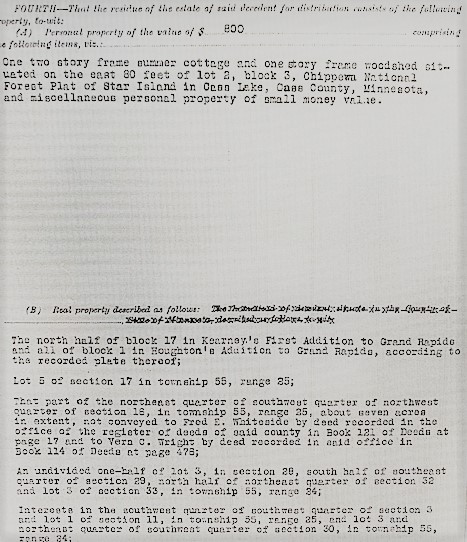 By far the most valuable item in the estate was the lot which Fred and Lena owned in Grand Rapids and where they resided for many years.  It was valued at $3,000 and described as the:

North half of Block 17 in Kearney’s First Addition and all of Block 1 in Houghton’s Addition, Grand Rapids

I believe we’re witnessing the effect of the Great Depression in this probate record.  When Fred died in 1920, his probate file revealed real estate valued at $12,000, including 23 properties in Itasca and Koochiching counties.  Lena may have sold off some of these to support herself because her estate only listed nine properties in 1932, if I’m counting correctly.  Nonetheless, the value of her real property appears to have dropped considerably.  Real estate boomed in the 1920s and her original $12,000 in property value in 1920 could have doubled, assuming she kept all of it.  After the crash, it could have fallen by as much as two-thirds (1929 to 1932).

Another example of the decline is the $800 valuation given to their lake cottage on Star Island in Cass Lake in 1932 as opposed to its $2,000 valuation in 1920.

The Star Island cottage on Cass Lake is described as follows:

I had previously assumed that David and Mabel Vermilyea, or possibly just Mabel solely, inherited the Star Island cottage from her mother.  However, it is clear from the probate record that her two brothers Charles and Earl shared in the ownership.  That’s a bit of a surprise.  I have no record or photographs indicating that Charles or Earl ever visited Star Island after their mother died.  All Star Island references post-1932 list the occupants as David and Mabel Vermilyea, along with their children and grandchildren and various friends.  Of  course, the Vermilyeas lived much closer to Cass Lake than Charles and Earl King. 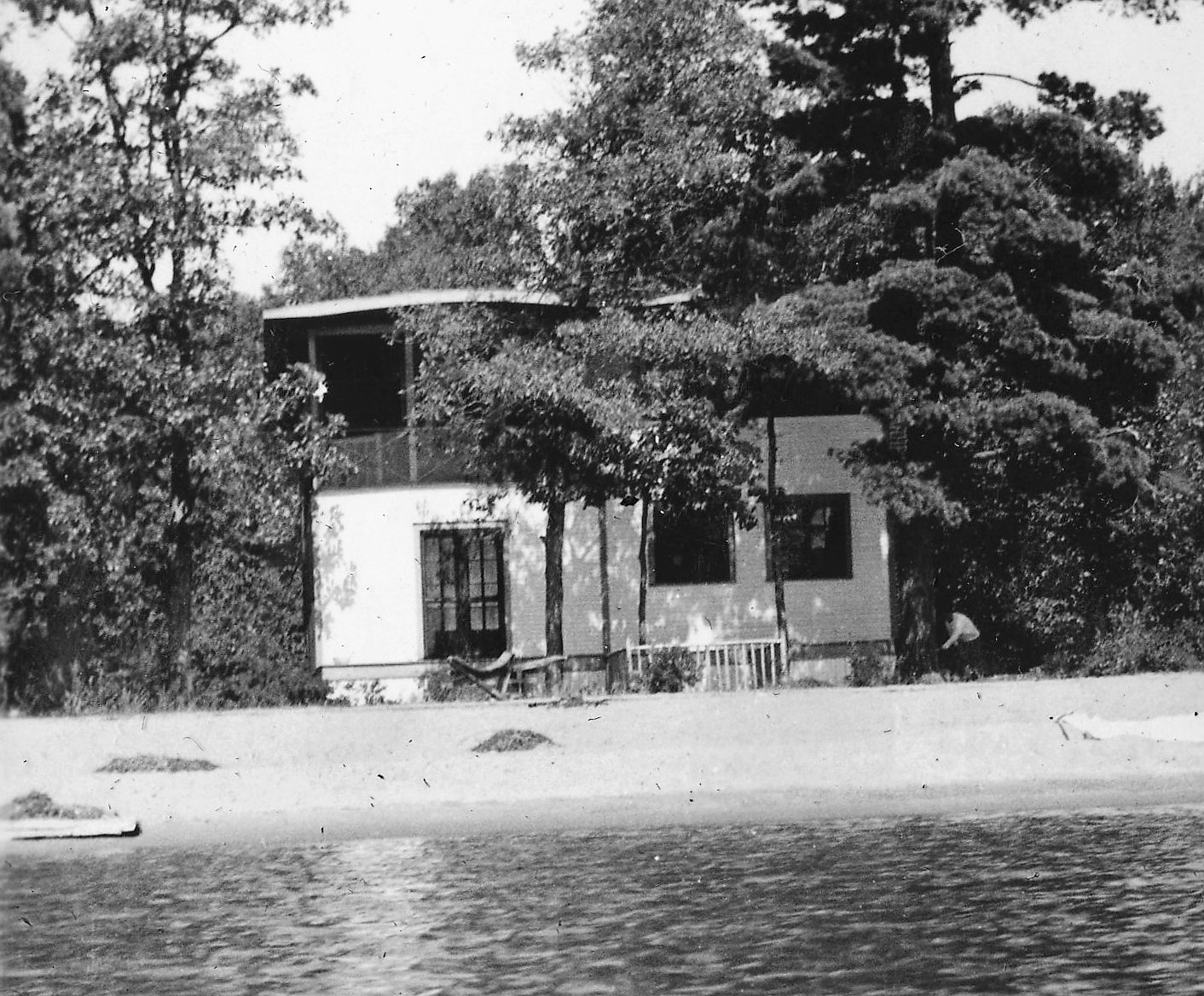 Since Mabel Vermilyea (1885-1938) died only 6 years after her mother, her probate file should have additional information about the lake cottage, including whether or not it had already been sold by then.  I should have thought to order that file at the same time!  Oh well, another road trip, I guess.

Distant Cousins with Familiar Names, Part I
Scroll to top