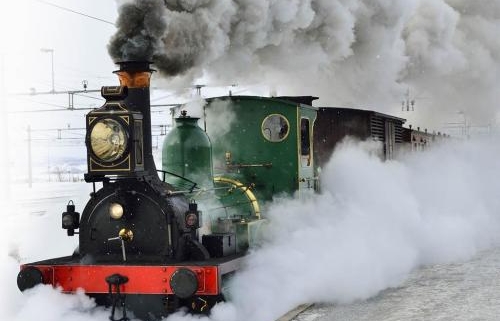 In my last blog post (here), I told the story of an 1880s autograph album owned by my great-grandfather Bernt O. Bonn (1856-1937).  In Norway, he was known as Bernt Olsen Bønsmoen.  The album revealed that Bernt went back to Norway over a decade after emigration and apparently stayed about a year.

One of the autographs that was signed during his stay in Norway turned out to be an excellent lead, which has now helped solve a long-standing mystery.  It shows that unconventional sources like autograph books should not be overlooked in genealogical research.

The mystery:  What happened to Bernt’s two sisters who stayed in Norway, Maren and Olava?

Ole & Dorthe and four of these children emigrated to Minnesota at various times between 1875 and 1886.[1]Bernt emigrated first in 1875, Christian in 1880, Ole 1882, the parents 1883, and finally Laura in 1886.  According to family lore, Maren and Olava married in Norway and never emigrated.[2]Susan K. Quella & Beverly Bonn Jonnes, “Aaberge Family Tree, 1713-2001: For the Descendants of Peter/Petter Peterson Aaberge (Attachment 3),” unpublished manuscript, 2001; loose-leaf copy … Continue reading  I am determined to build out their histories and find present-day descendants, who hopefully still reside there.  Maybe, just maybe, they have old photographs. 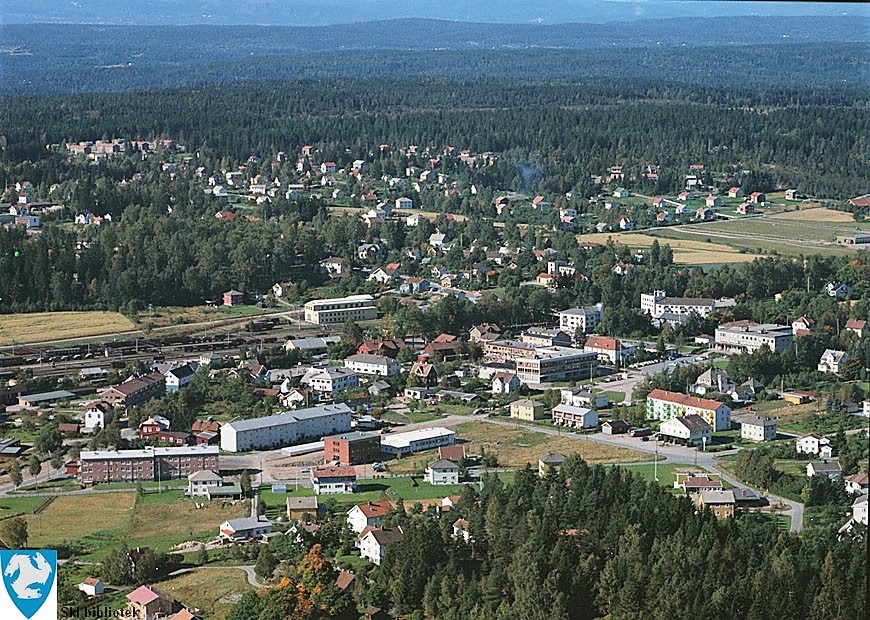 Well, Maren’s history at least is no longer a mystery, thanks to an autograph written by her husband (and Bernt’s brother-in-law) Johan Larsen.  What opened the floodgates was learning that Johan was present in Ski, Norway in 1886.  That’s 50 miles south of Eidsvoll Municipality.  Knowing the location allowed me to zero in on census and parish records for that area.  Location is everything in genealogy as well as real estate!

Oddly, I was never able to find Maren’s Lutheran Confirmation record at Eidsvoll Church, although I had them for all her older siblings.  A couple years ago, I identified five girls named Maren in Eidsvoll Parish who were about the right age – 14 or 15 – but I wasn’t sure which one was our girl.  (None of them, as it turns out.) 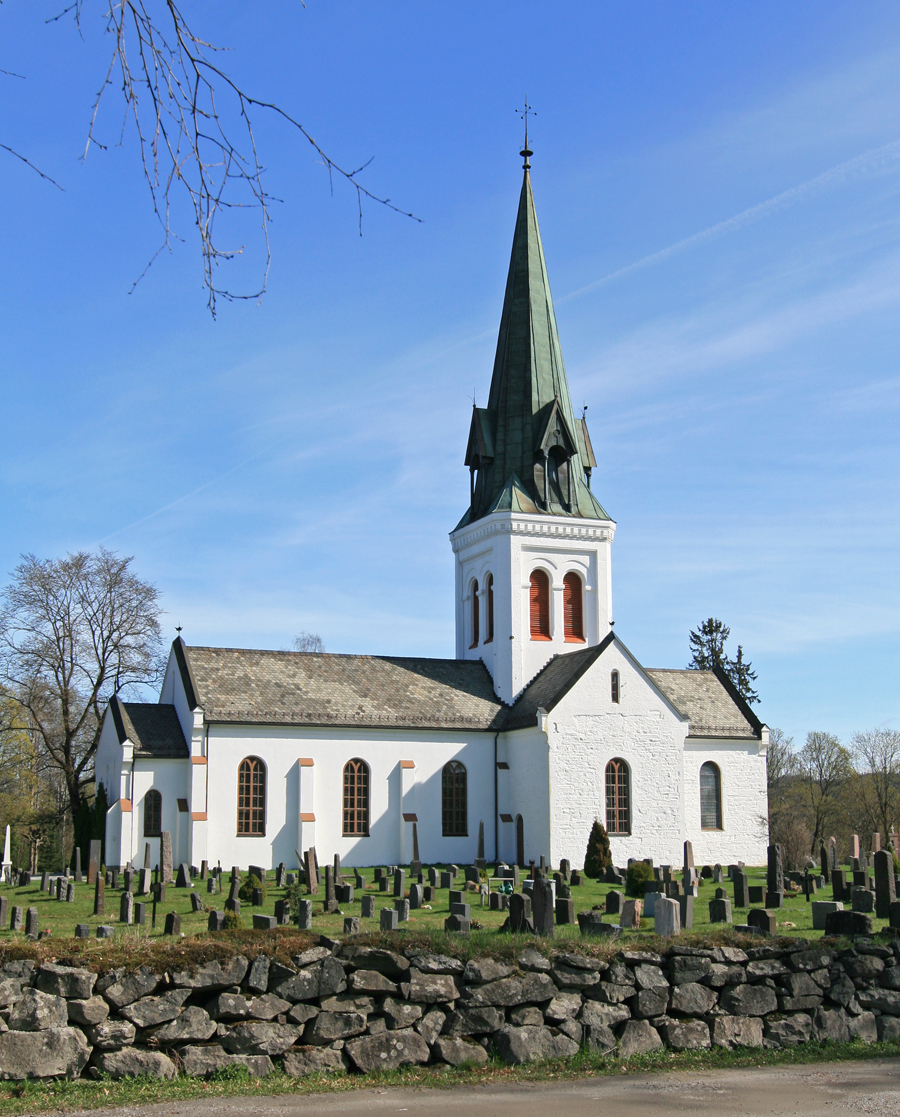 So, I dived into Ski Municipality to see what could be found about Johan & Maren.  I hoped Johan’s presence at Ski railway station in 1886 implied that he and Maren were living in the vicinity.  They were, because I found ten new records about Maren and her family

The newly discovered sources reveal that Johan Larsen worked for the railroad most of his life.  He was listed as a steam locomotive fireman in the 1891 census, but every record after that shows him as a locomotive driver (i.e., train engineer).  Not a bad gig in those days, I would think. 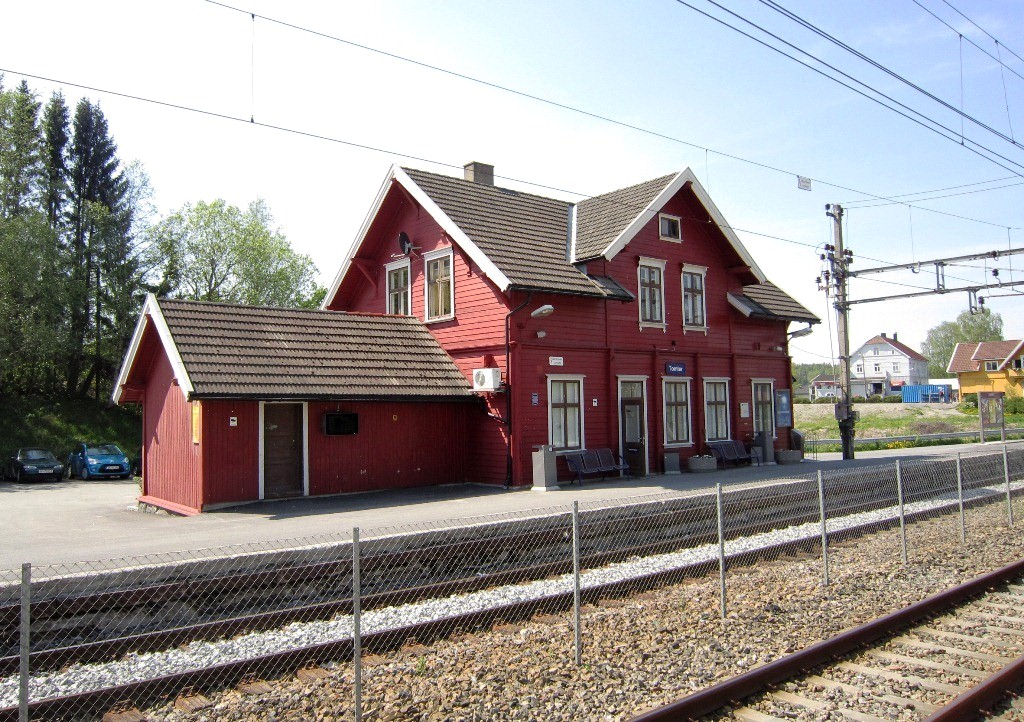 Johan’s railway employment might explain why he and Maren left Eidsvoll in the first place.  His career, in fact, appears to have prompted several moves.  They were in Ski from at least 1886-1891.  By 1895, they were residing in the southern town of Sarpsborg.  In 1904, they moved from Sarpsborg to the city of Moss, where they finally settled.

We don’t know exactly when the couple moved from Eidsvoll to Ski, nor when they moved from Ski to Sarpsborg.  You can zoom in and out of the map below to check the locations.

As best I can tell, Johan & Maren had no children of their own, so there won’t be any descendants to discover, unfortunately.  However, they adopted a daughter named Sofie Samuelsdatter, born 25 April 1881 in Oppegård and baptized three months later in Ski.  Sofie’s biological father, Samuel Anderson, was a railroad worker from Sweden, so Johan may have known him personally, or he may have known of his situation through his employer.  The mother was Mathea Johannesdatter.  The baptism record shows their residence as Iceland (Island)!

Sofie was still living with her adoptive father and keeping house in 1910, three years after Maren died.  She lived a long time and died in Moss in October 1960.  There’s no indication she ever married.

Uncle Christ Bonn (1858-1942) visited Norway multiple times in the early 20th century.  The story is that he visited his niece Dagmar, Olava’s daughter, in the city of Moss.[16]Quella and Jonnes, “Aaberge Family Tree,” 2001.  I wonder now if he also visited Sofie on those visits, or even brother-in-law Johan. 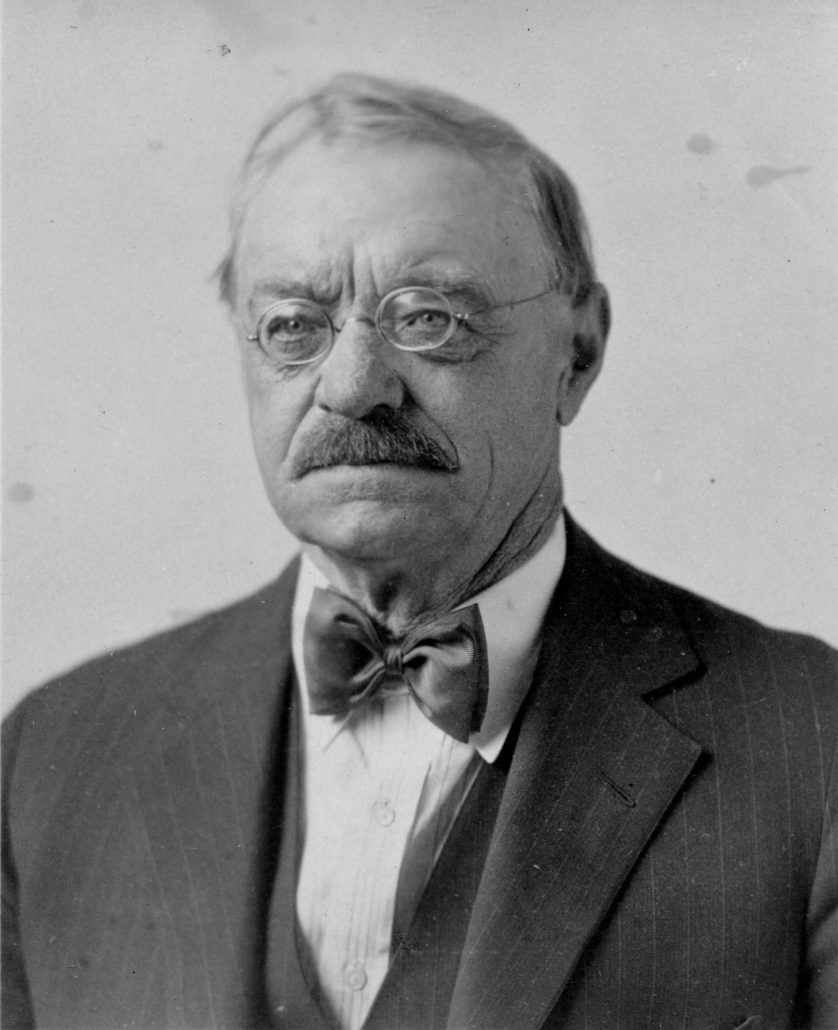 Some interesting information about Maren & Johan came to light during research:

First, Maren & Johan became Free Lutherans (Frimenigheden) in 1895.  Norwegian law required that people register their departure from the Church of Norway, so most parishes in Norway have a section in their records for such actions, called Utmeldte af Statskirken.  Johan was still a Free Lutheran when he died in 1928.  The Evangelical Free Church of Norway was formed in Moss in 1877 as a presbyterian form of church government as opposed to the hierarchical structure of the State Church.  It still exists today.

Second, the family adopted Larsen as their permanent surname sometime between 1895 and 1900.  All records but one from 1900 onward list Maren and Sofie as Maren Larsen and Sofie Larsen rather than Maren Olsdatter and Sofie Samuelsdatter.  This demonstrates how the transition from a patronymic to a surname naming system occurred in one family.  Norway did not legally mandate surnames until 1923, but Norway as a society was already moving in that direction, especially in the cities.

Research Process:   My first step after learning about Johan’s presence in Ski in 1886 was to search local parish records for any birth or baptisms where the mother was named Maren and the father Johan.  I specifically searched for any children from 1883 to 1892 in the Kråkstad parish church book (which covered Ski Municipality), but the results were negative.  So, I went back in time to Eidsvoll parish and searched from 1883 to 1886 for any children.  Again, nothing.

Under the assumption that Maren & Johan may have been in Ski Municipality after 1886, I searched the 1891 national census.  That’s when I found the first record.  Maren & Johan were living in the the town of Ski at Property No. 134/2 – called Sander Mellem – along with ten other people.  This was located in the center of town and very close to the train station.  One of the other residents was a locomotive driver, so Johan was not the only one living at this address working for the railroad.

Maren & Johan are supporting a 10-year old girl who is their “foster” daughter (plejedatter).  I assume that means she was adopted because she lived with them up until she was at least 29.

The 1891 census provided Maren’s full given name as Maren Gurine.  That prompted me to go back in time and revisit Maren’s church confirmation in the mid-1870s.  By adding Gurine to the search query, I was finally able to locate Maren’s confirmation record.  She was confirmed as Maren Gorine on 11 November 1875 at Eidsvoll Church.

I next searched the 1900 Census.  Maren & Johan were not present in Ski Municipality, so I expanded the search to include all of Norway.  I still couldn’t find them despite trying different name combinations.  So I switched gears.  Normally, I like to search in Norway Digital Archives by source, but I decided to focus on the person instead of the record category.   When I searched for Johan Lars* born in 1855 in Eidsvo* for any type of record, suddenly several relevant records came up, including the 1900 and 1910 censuses, the 1904 domestic migration record, and Johan’s death in 1928.

The domestic-migration record shows the family left Sarpsborg on 29 June 1904 and arrived in Moss on 1 July 1904 to take up residence in the Poor District (fattigkommune) of the city.  Their new address in Moss was Værlebakløk 25, probably an apartment building.

In studying the new sources, I noticed that Johan & Maren were described in the 1900 Census as Free Lutherans (Lutherske Frik.)  That prompted a return to the parish records for Sarpsborg, where I found the 1895 leaving-state-church record.

Likewise, the 1910 census showed Maren absent and Johan described as a widower.  By searching Moss City records, I found Maren’s 12 August 1907 death record.  She is specifically referred to as the wife of Locomotive Driver Larsen.  The cause of her death is hard to read but I can see the word for heart disease (hjertesygdom).

The last two records I found were Sofie’s baptism and death records.

Suggested Girl’s Names from our Family Tree
Scroll to top