Boy, do I love finding new photographs of ancestors!

A DNA match reached out to me last week.  It turned out she is one of our many Albertson cousins in Minnesota and has several 19th century images she was kind enough to share.  The key photo is of our common ancestor, Berte Mikkelsdatter Vikheim (1812-1883), from Sogndal, Norway.  This is the first time I have ever seen an image of this ancestor.

I talked a lot about Berte Mikkelsdatter in two posts about six months ago, including here and here.  My great-grandmother, Bertha Bonn (1865-1936) was Berte’s granddaughter and namesake.

To recap, Berte was known for writing religious hymns or poems.  She’s the ancestor whose death song my brother translated last year.  She had two husbands/three partners in 70 years of life.  Her first partner was Petter Johannesen Åbyrge (1835-1909).  They had one son: Petter Pettersen Aabyrge (1835-1909), my 2GG.  Unfortunately, Petter Johannesen died one month before his son was born.  Berte then married Johannes Ericksen Lereim (1809-1860) and bore 4 more children: Erick, Margarete, Christie, and Anna.  Berte immigrated to America late in life, arriving in 1866 as a widow with two of her daughters, Christie and Anna, and her son Erick.   They settled in Wanamingo, Goodhue, Minnesota.

Berte’s daughter Christie married a man surnamed Albertson and had 10 children.  Thus, the numerous Albertson cousins we have today.  They are actually half cousins because we descend from Petter Pettersen Aabyrge and they descend from Christie Johannesdatter Lereim, who shared the same mother but not the same father.

You can see the new image of Berte in the family chart above.  A larger view is shown below.  I suspect the photograph was taken in the early 1870s.  Certainly it was taken after their arrival in the United States in 1866 because the original full image, also displayed below, shows Berte with her two daughters as young adults.  Possibly it was taken at the time of Anna’s wedding to P.P. Swenson in December 1871.  I doubt it was taken as early as 1868 when Christie’s wedding with Elling Albertson took place. 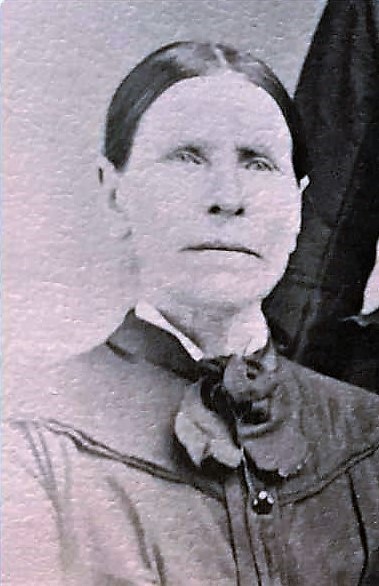 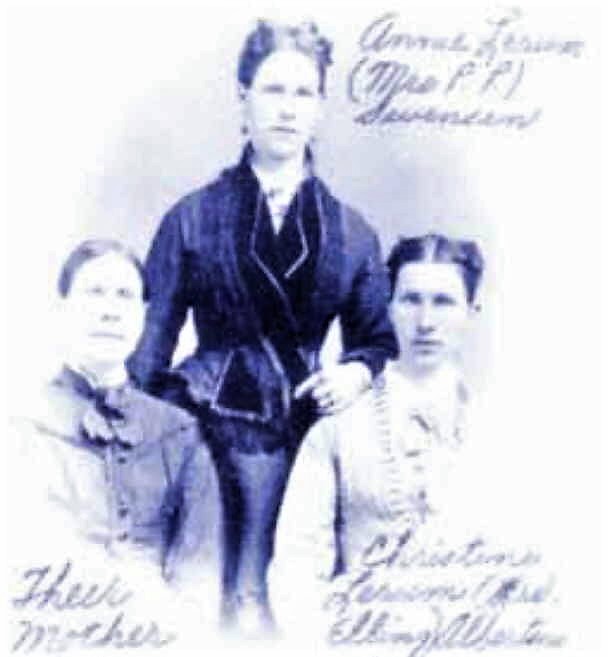 Here are larger images of the two daughters: 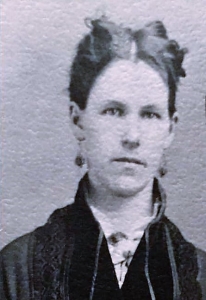 You can compare the two sisters to this image of their half-brother, Petter Pettersen Aabyrge.  To me, he seems to resemble Christie quite a bit. 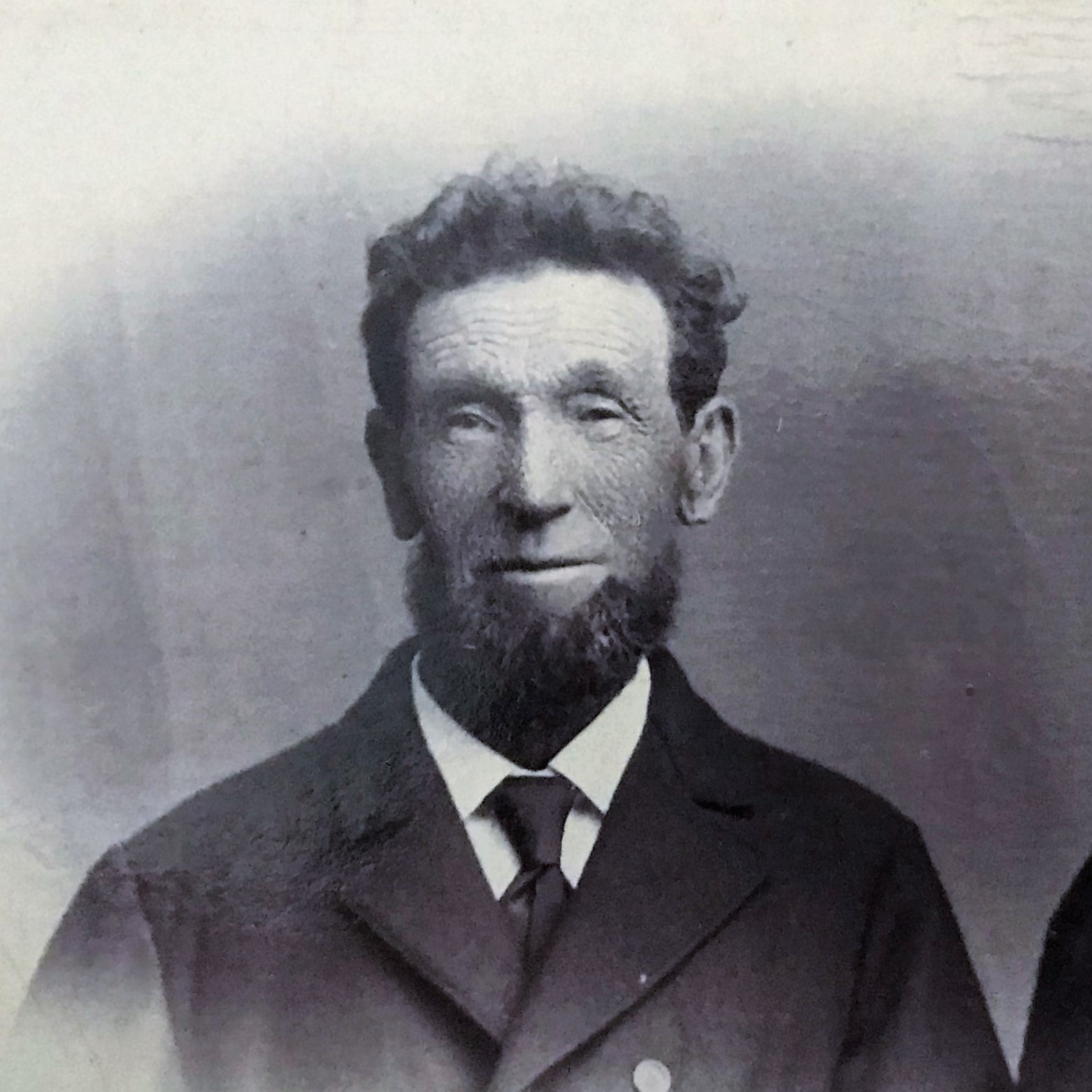 The photograph of Anna J. Lereim is also a nice surprise.  When my great-grandmother Bertha Pettersdatter Aaberge (1865-1936) came to America, she initially lived in Minneapolis with her half-aunt Mrs. Anna Swenson while she attended millinery school.  Later she opened a millinery store in Montevideo, Minnesota and became Mrs. Bertha Bonn.  So Anna was always part of our family lore.  It is clear that despite different fathers, the children and grandchildren of Berte Mikkelsdatter still maintained contact with each other across the ocean.

The one sad note in all this is that we now know that Bertha Bonn never met her grandmother Berte except as an infant.  This is because Berte died just months before her granddaughter immigrated.

I previously reported (here) that I could not find Berte’s death record in Minnesota.  But my Albertson cousin had it![1]“Minnesota, County Deaths, 1850-2001,” database with images, FamilySearch (www.familysearch.org : accessed 1 April 2020), Death Register, 1870-1893 > vol. 1-2: Goodhue, p. 343; Berthe Wikkum, … Continue reading  The reason I couldn’t find the record is that her name is listed as Berthe Wikkum, as opposed to Berthe Hermanson, or even Berthe Lereim/Lerum.  Possibly Berte reverted to her original Norwegian farm name after her last husband Herman died in 1881.  (Spellings of the farm name Vikheim vary considerably.  I’ve seen it spelled Vikheim, Vikum, Wikkum, and Wichum.)

Here’s a view taken last June of the Vikheim farmhouse up on the hillside outside Sogndal as well as a view of the Sogn river (Sogndalselvi) valley looking down from the farmhouse. 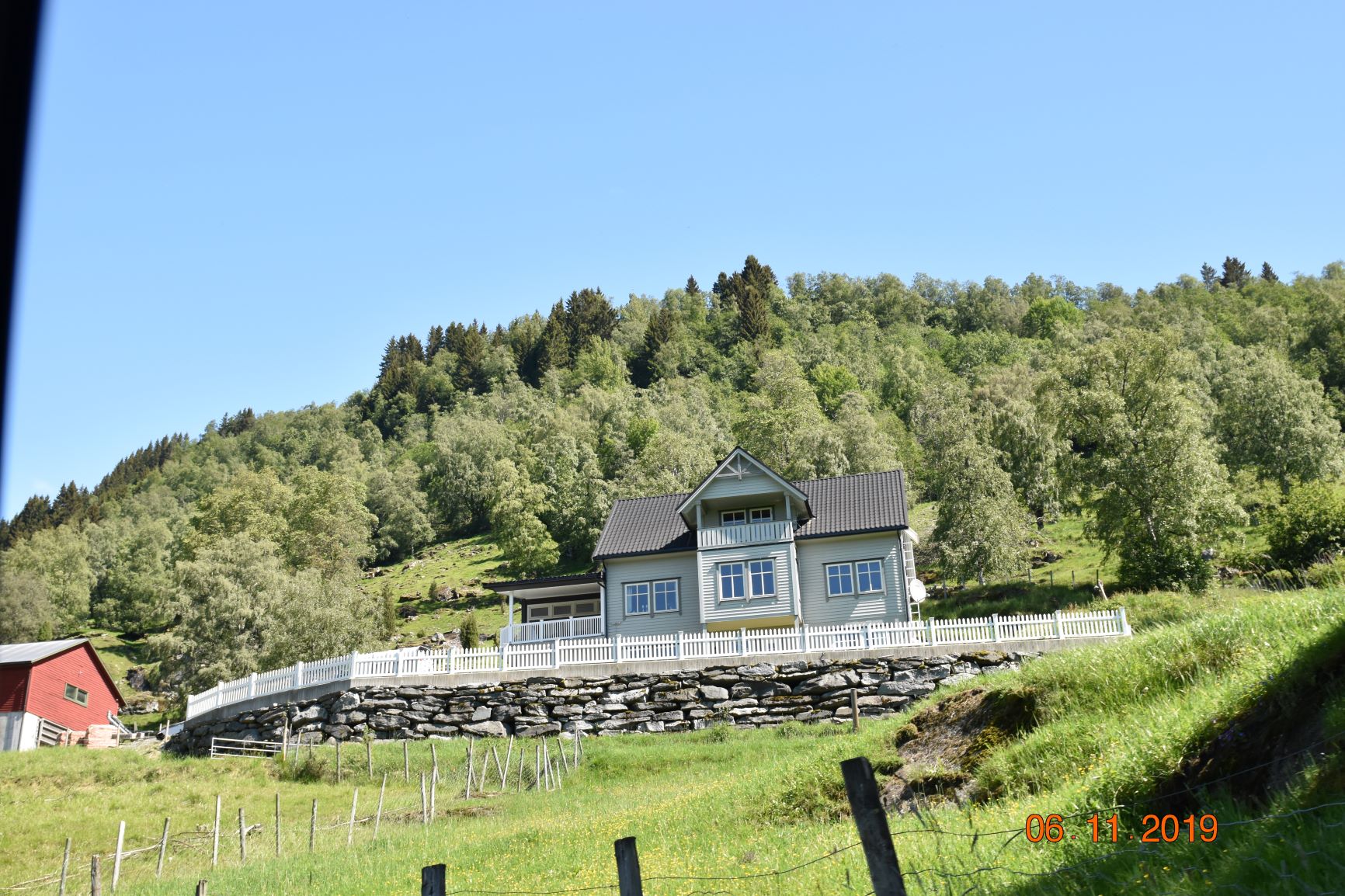 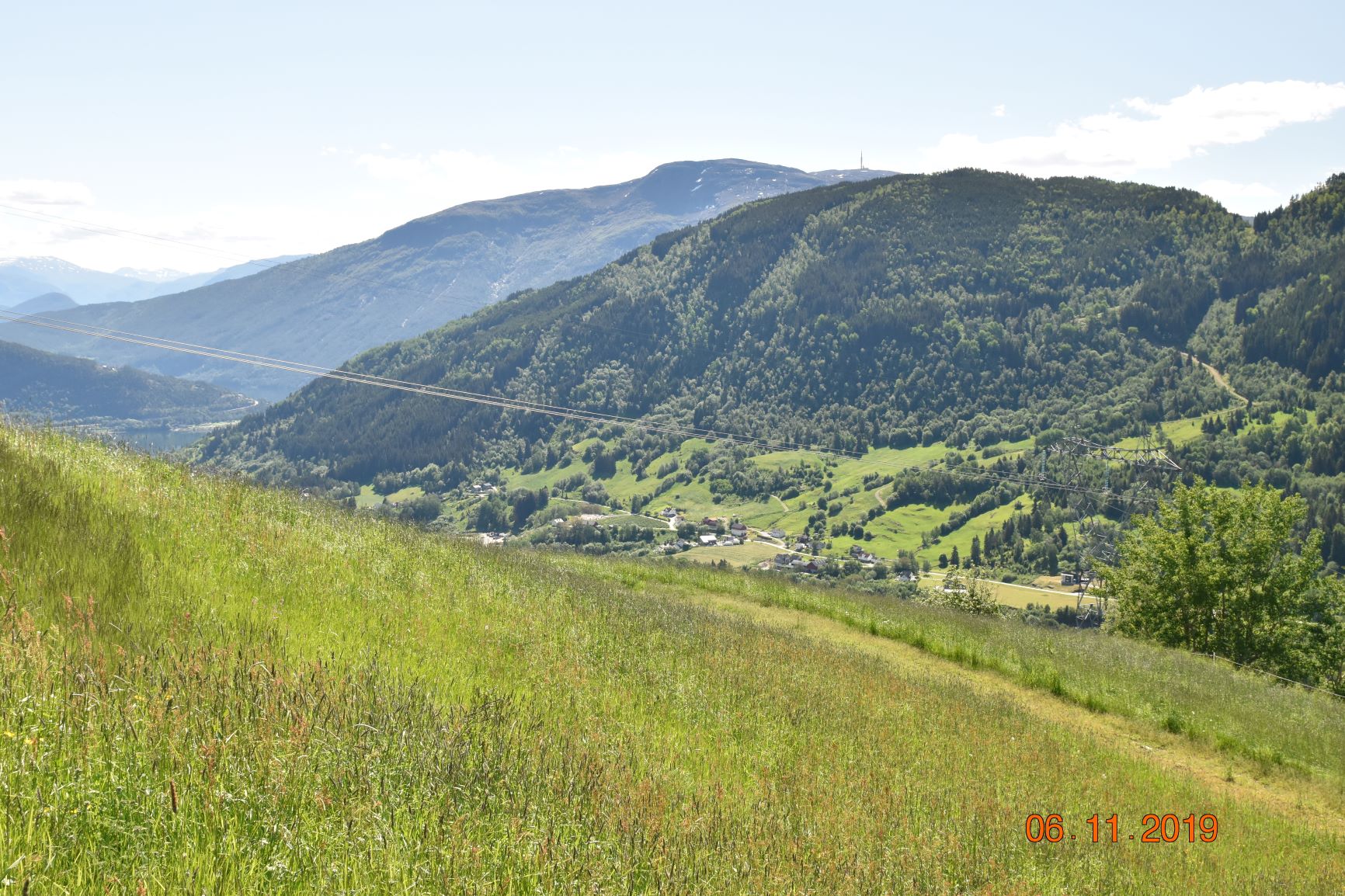 The death record is definitely our Berte though.  It states she is a widow, age 70, who immigrated in 1866, and was born in Norway of parents named Mikkel and Christi, and died in Wanamingo – all correct.  She died of “old age” on 7 January 1883 and was buried three days later.  My great-grandmother Bertha Bonn arrived in Minnesota from Norway in May 1883, and thus missed seeing her grandmother by only 4 months.  At least Berte saw her granddaughter as an infant prior to emigration.

My Alsatian Ancestors Crossed the Atlantic in 1827