It is rare to find images of third great-grandparents (3GGs).

In my previous post here, I reported the discovery of a photograph of Berte Mikkelsdatter Vikheim (1812-1883), a 3GG.  Although she’s the first Norwegian, she is the eighth 3GG overall for which I possess an image.

My 3GGs were typically born between 1785 and 1825 and died in the late nineteenth century.  Of the 32 individuals who fit that generation level, the family now possesses 8 images.  Of those eight, I have discovered 6 since I began genealogy in 2011.  The only ones I previously knew about were Avery Vermilya (1820-1904) and Fanny Mead (1821-1897) on my mother’s side, shown above in the featured blog image.

Avery and Fanny were both born and raised in Roxbury, Delaware, New York, in the Catskill Mountains, but moved to southern Minnesota during the Civil War and died in Dexter, Mower, Minnesota. 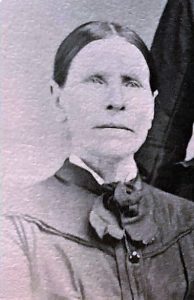 The first 5 are from my Father’s side; the last 3 my Mother’s.

What has changed of course is the renewed interest in genealogy generally over the past decade and more, the driver for which has been the explosive growth of family tree websites.  One of the great outcomes of using family tree software (e.g., Ancestry, FamilySearch, MyHeritage) is the ability to share memorabilia with cousins you never knew you had, including photographs and old portraits.  Four of the new 3GG images came to be known because of a cousin connection made possible by the Internet.

The first image I found in the last decade was of 3GG Joel Homan (1808-1883).  That was in 2011 right after I started building the tree.  My father, fortunately, was able to see this image before he died.  He was so tickled by it!   I had it printed out on 8.5″ x 11″ sheet of paper; he held it for the longest time, studying the face.  He knew of Joel Homan from his own research, but to finally look at the face was quite the moment.  It’s an amazing photograph: the hard life of a farmer is etched in his face.  I’m assuming the photo was taken in the 1870s – late in Joel’s life anyway.  Joel was born in New Jersey but lived his entire adult life in Williamsburg, Clermont, Ohio. 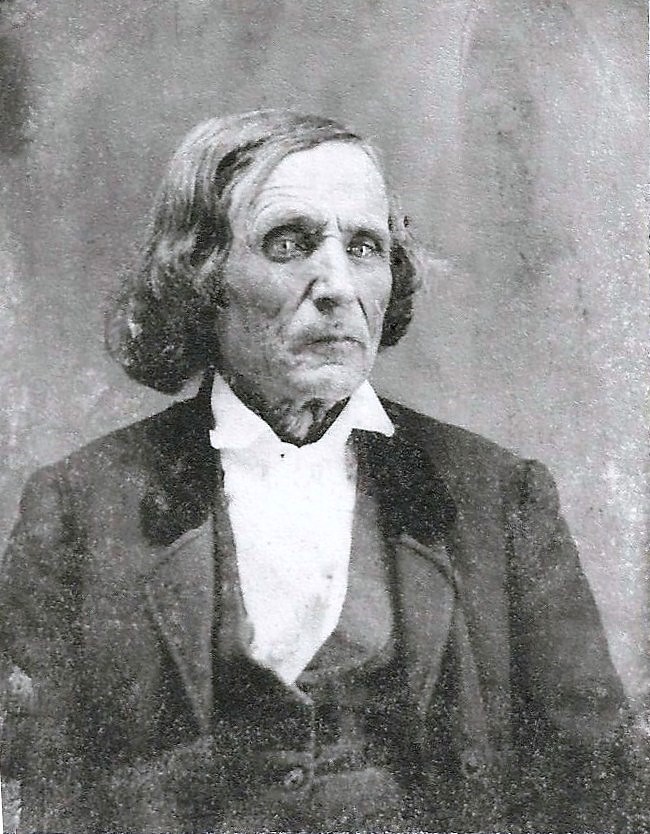 The second image was of Prof. Thomas Johnson Matthews (1788-1852).  Now here’s an impressive guy – so impressive that this image of a painting was found online with his biography.  He was an important 19th century educator who served as a mathematics professor, founded a literary magazine, conducted geographic surveys, and was the first president of Old Woodward College in Cincinnati, considered one of the first public schools in America.  William H. McGuffey, the author of the famous McGuffey Readers, was one of the professors on staff there. 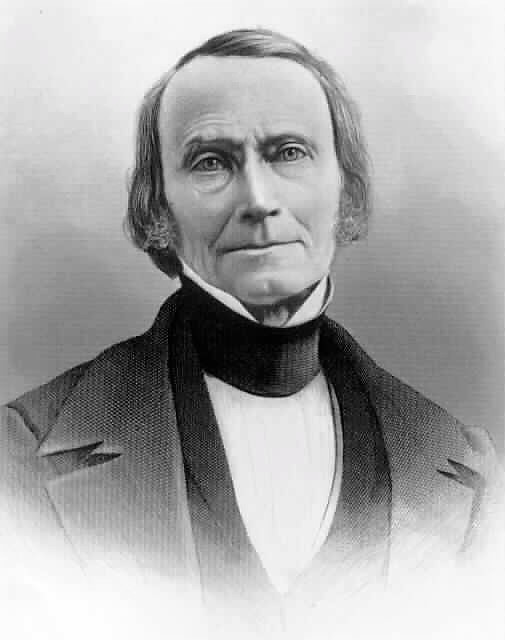 The third image was Anson Smith (1795-1890).  This is actually an original tintype in a small frame that was part of a collection of memorabilia left to me by my uncle Doc.  In this case, my family had the photograph, but I don’t think anyone had paid attention to it for decades.  I have it displayed in the house now.  Anson was born in Connecticut to a prominent New London family but moved west to Cleveland, Ohio in 1837 and became a successful merchant, primarily by shipping grain via the Erie Canal. 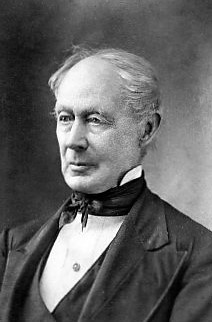 Then I came across images of 3GGs Henry Jones (1791-1871) and his wife Rachel Corken (1796-1893).  Henry was born in New Jersey, Rachel in eastern Pennsylvania.  They were Quakers who met and married in Liberty Township, Ross, Ohio, where they farmed and raised a family.  Again, the photograph was obviously taken late in life.  That appears to be a pretty large goiter Henry has on his neck. 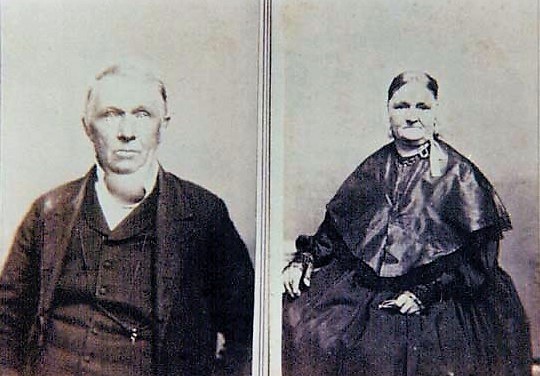 Here’s a separate image of Rachel as a widow when she was over 90 and had moved to Nebraska.  Note the deformed fingers. 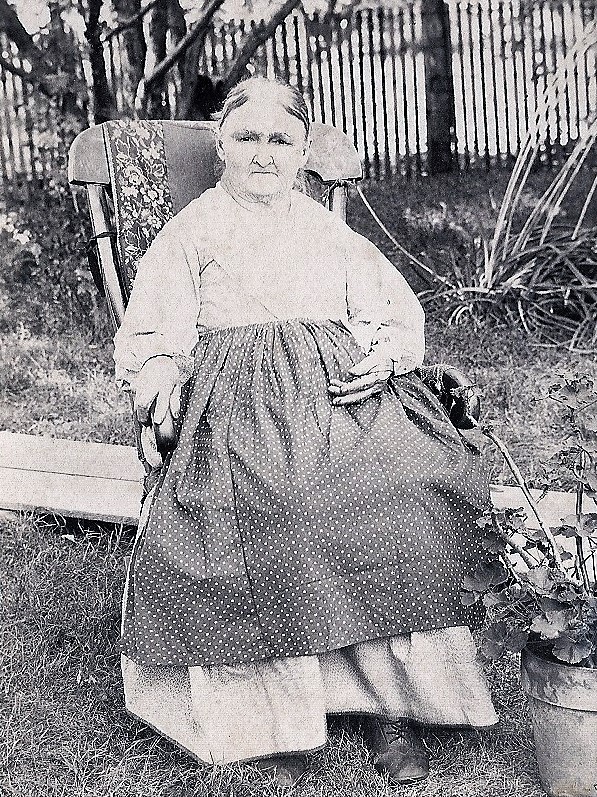 Hopefully, I can find even more 3GG photographs in the future.  I’m optimistic.  But, first things first.  I still have four 2GGs out of 16 for which I do not have images!