In 1831, Robert McMullin Jr. (1787-1862) and wife Mary Tabele (1795-1869) of Philadelphia named their eldest son Samuel Hildeburn McMullin (1831-1892).  Samuel achieved some renown in the late 19th century as a Presbyterian clergyman and theologian.  He is my 2GG.  This biographical excerpt from Twentieth Century Biographical Dictionary of Notable Americans: Volume VII , describes him: 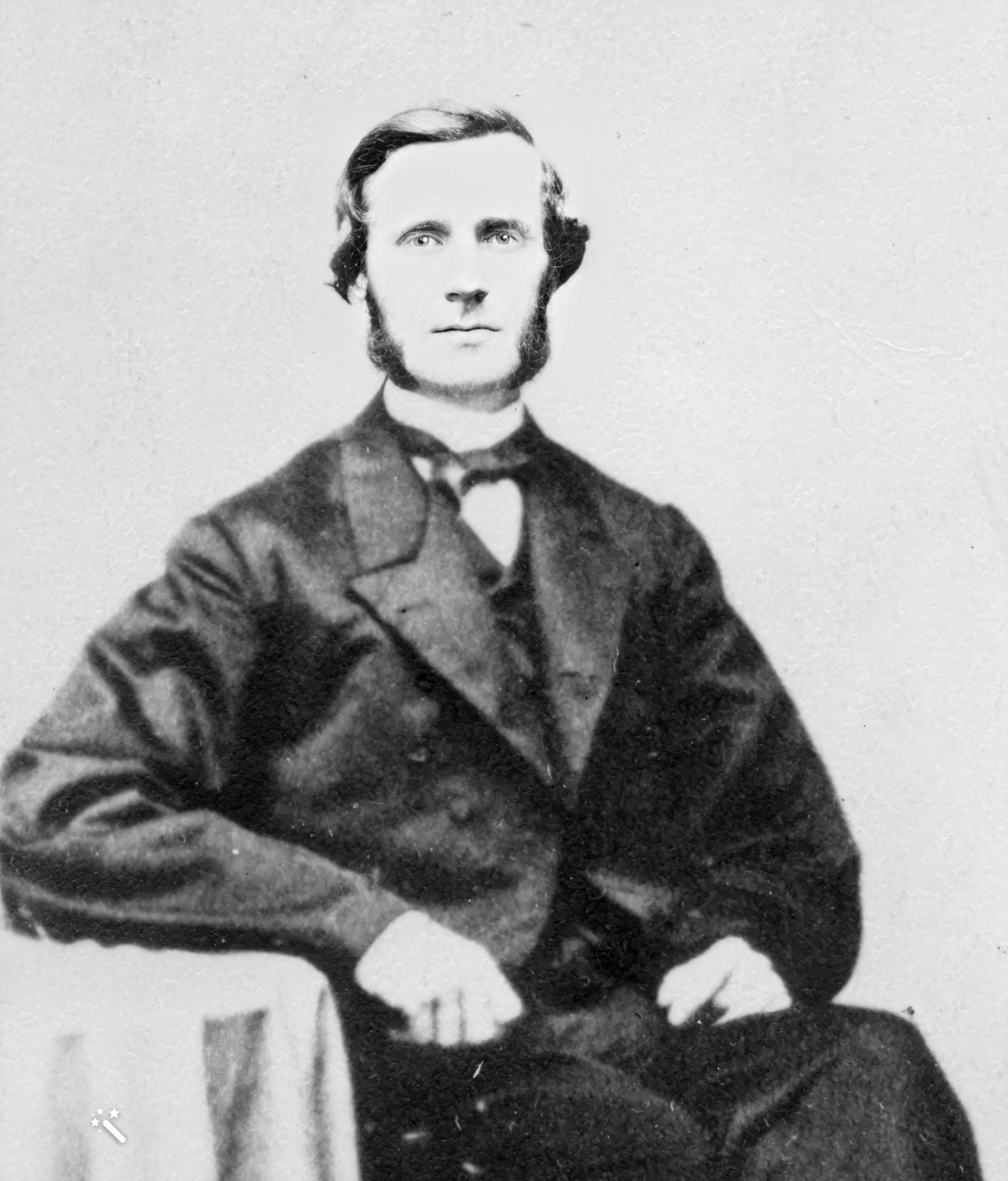 A generation later, Samuel’s daughter Mary McMullin (1858-1952), my great-grandmother, named her first born son Hildeburn Jones (1885-1961), nicknamed “Habe,” and Habe himself in 1919 named his only child Hildeburn Jones, Jr. (1919-1991), nicknamed “Burn.”  Burn Jones was my Father’s first cousin.  Despite three instances of this name over four generations, living descendants have never understood the origin of the name Hildeburn.

The only time I remember meeting Uncle Habe was in the summer of 1960.  Here’s a photograph showing Hildeburn “Habe” Jones with my brother and I during a family visit to the Eastern Shore.  A year later, my mother brought all four children into her bedroom and quietly informed us that Uncle Habe had passed away.  We had a good cry. 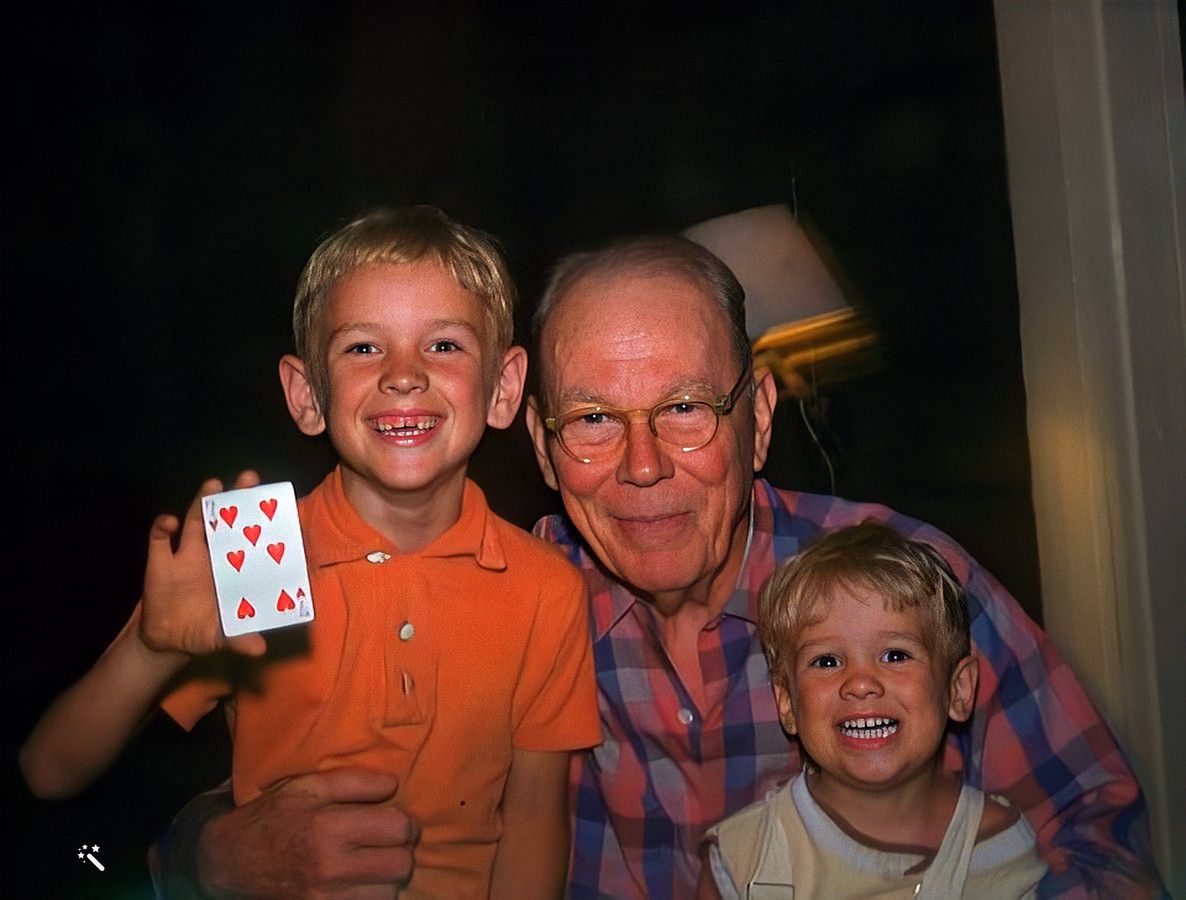 The explanation for the Hildeburn name goes back to Philadelphia 130 years earlier!  There was a gentleman named Samuel Hildeburn (1787-1856) who was a prosperous silversmith in the city.  His portrait may be viewed at the top of the post. 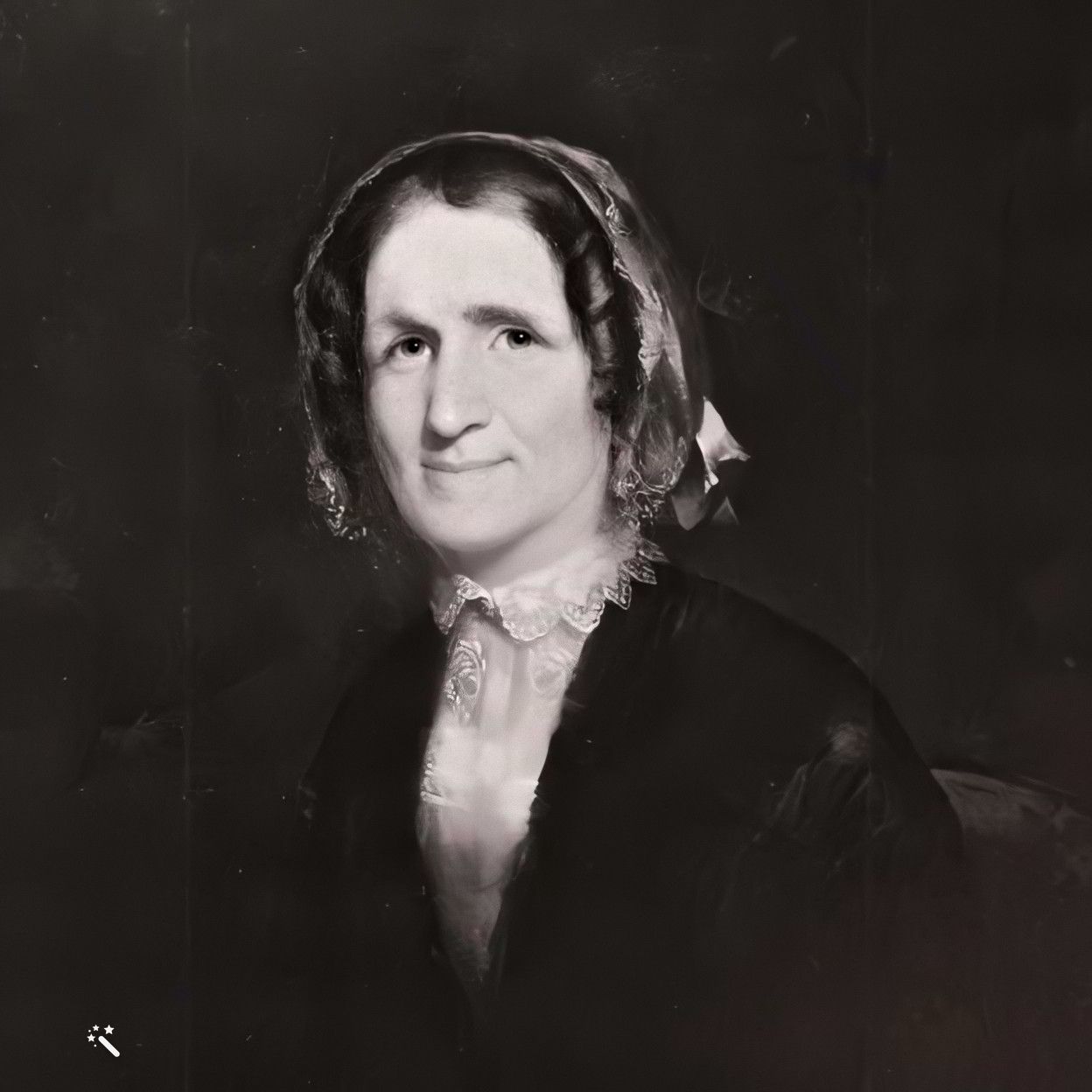 Elizabeth Linnard married Samuel Hildeburn in 1810.[2]I don’t have a specific marriage record for this, but a couple online trees I respect give the date 3 November 1810 at Old Pine Street Church.  My understanding is that church records were … Continue reading   Thus, the McMullins were in-laws to the Linnards and Hildeburns.  The McMullin, Linnard, and Hildeburn families all lived in the Southwark area of Philadelphia during the late 18th and early 19th centuries and were relatively prominent and prosperous.  Robert Jr. was a lumber merchant and Samuel a silversmith.  You can still find his silver pieces at auctions and on E-bay today. 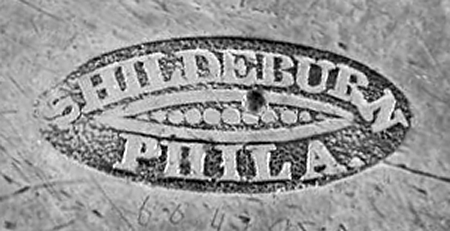 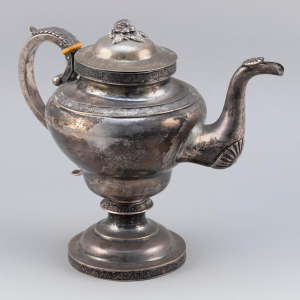 Robert, Jr.’s uncle John McMullin (1765-1843) was also a well-known Philadelphia silversmith.  I have never found an image of Robert Jr., unfortunately, but John’s portrait may provide some indication of Robert’s looks. 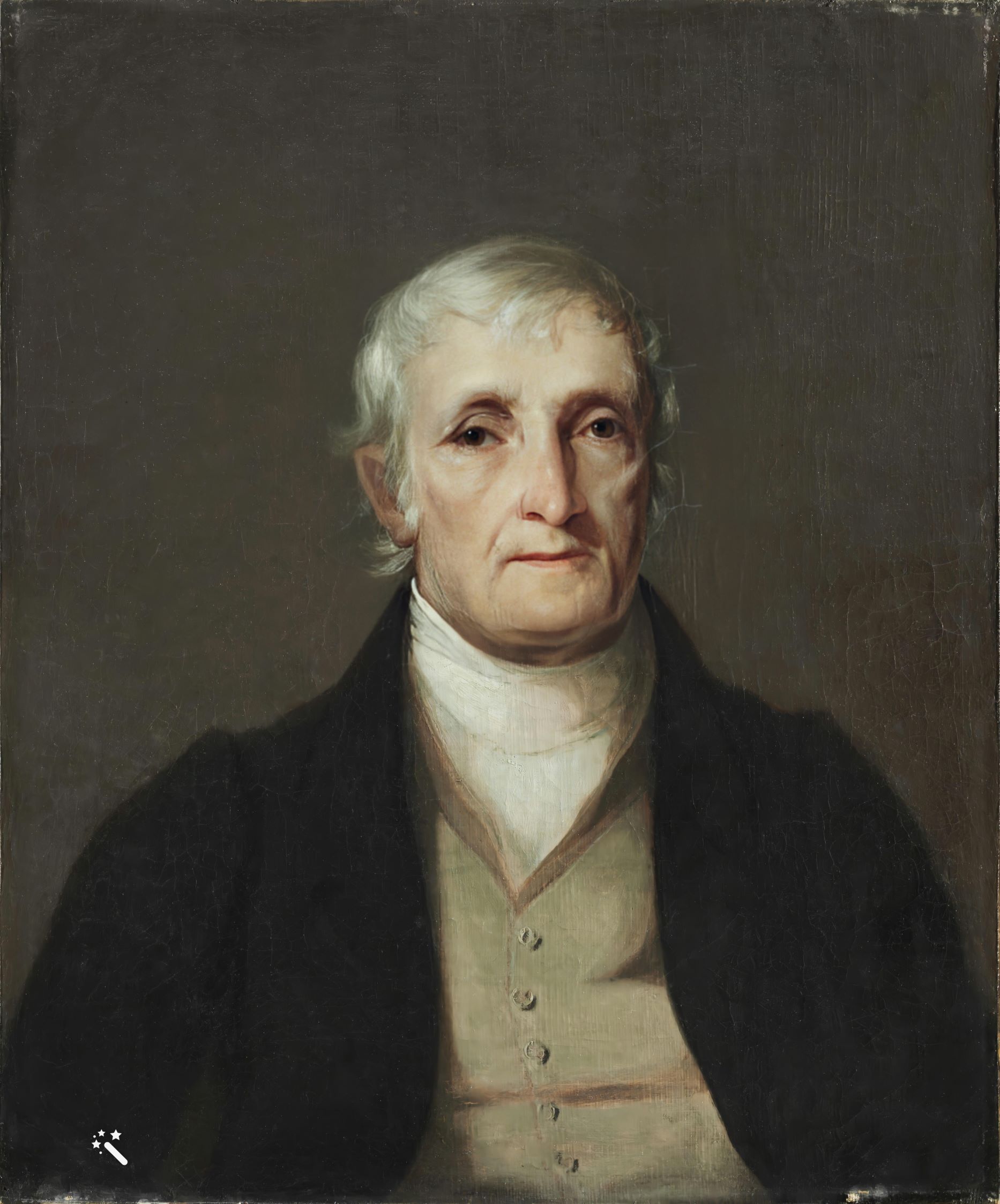 The McMullin, Hildeburn, and Linnard families attended the same church, Old Pine Street Presbyterian Church, at 412 Pine Street in the historic section of Philadelphia.  It is now a historic landmark – and still active church.  The Linnards and some of the McMullins are buried there.

Robert McMullin Jr. and Samuel Hildeburn were born the same year, 1787, so they would have grown up together and known each other well.  The assumption is that they were close friends as well as in-laws and Robert named his son Samuel Hildeburn out of respect and affection.

My Pilgrim Ancestors
Scroll to top