This is a newly-obtained photograph of my great-grandfather, Bernt Olsen Bonn (1856-1937).  I got it last month from cousins in Sogndal, Norway.  I had never seen it before.  It seems to show Bernt in his late 30s or early 40s.

Because the photograph was found in Sogndal, Bernt’s wife, Bertha Aaberge (1865-1936), must have mailed it to her parents to show them what her husband looked like.  Bernt and Bertha were married on 6 February 1892 at Our Savior’s Lutheran Church in Montevideo, Minnesota, so it is likely the photograph was not taken before 1892.

I’ve cropped the image to put it in the blog, but the full image indicates it was taken in Montevideo.

Compare the image to two other photos of Bernt that we already had – one as a young man in his 20s and one in old age. 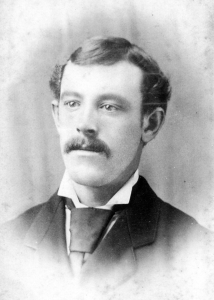 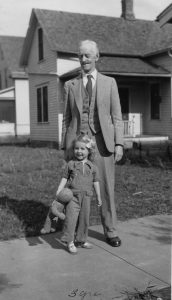 I also obtained a new photograph of Bertha Aaberge Bonn (1865-1936) when I was in Sogndal. 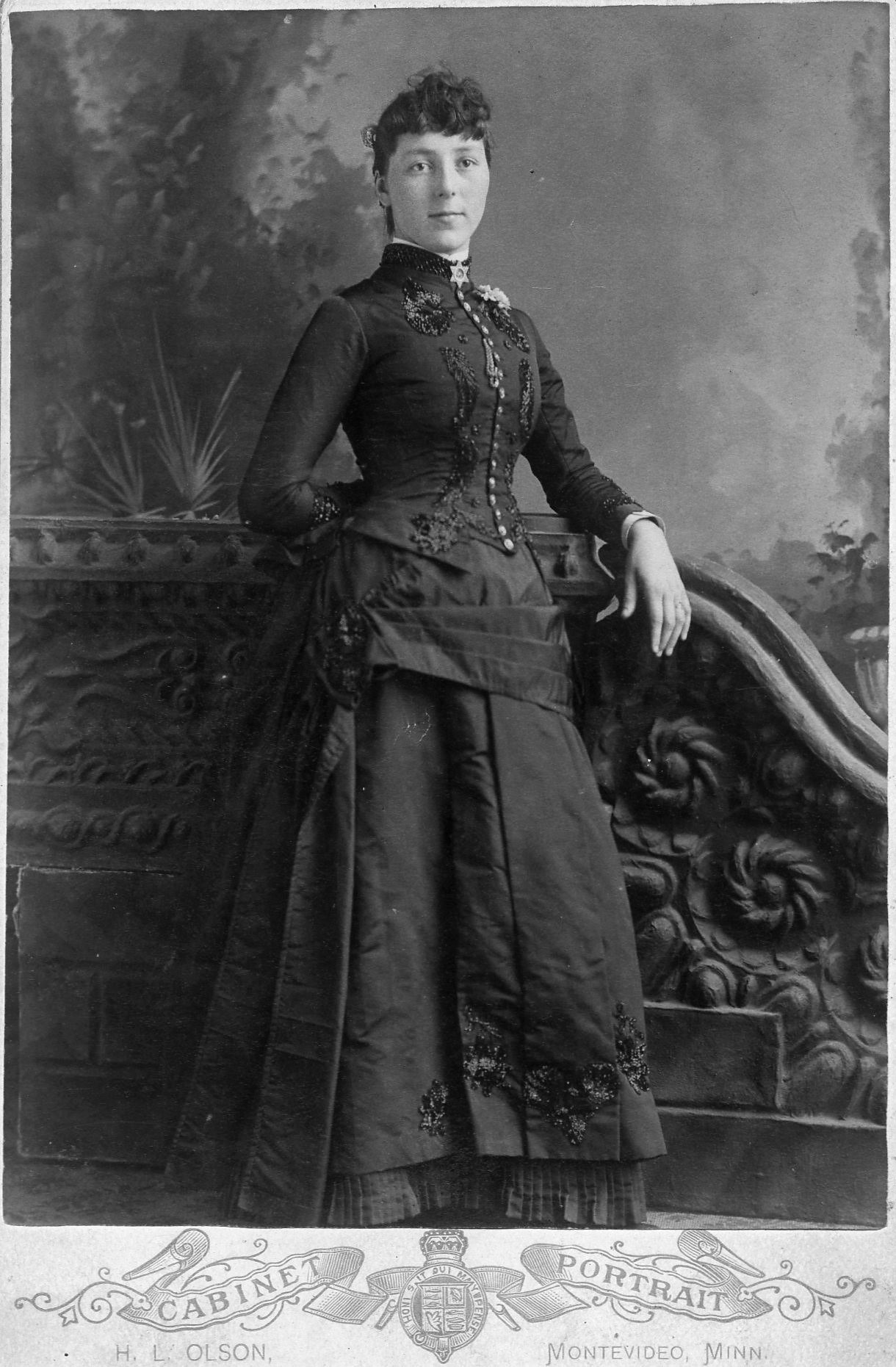 After emigrating from Norway in 1883, Bertha first lived in Minneapolis with her half-aunt Anna Lereim’s family while attending millinery school.  She probably did not move to Montevideo until 1885 or later, so I surmise this photo was taken in the late 1880s or early 1990s.

One possibility is that both images were taken to memorialize Bernt and Bertha’s wedding in 1892.  Bertha was 26 years old and Bernt was 35 on their wedding day.