I have a new publication out!

The Summer 2021 issue of the Minnesota Genealogist includes an article about my great-grandaunt Maren Olsdatter Bønsmoen (1860-1907).

Click this link to spawn a pdf copy which may be downloaded:   MGS Summer 2021 Jonnes Article 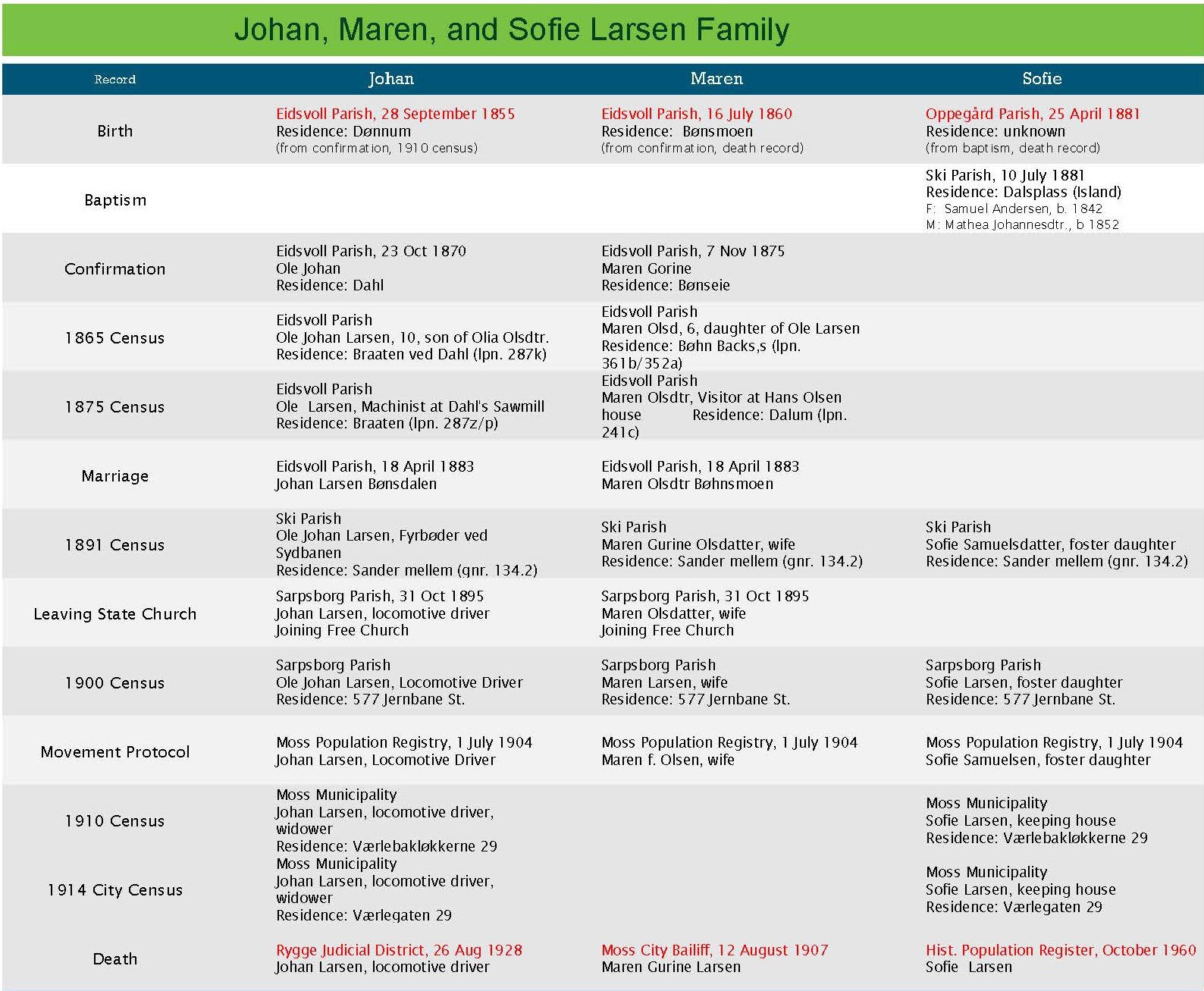 The article is interesting in part because of its unique set of genealogical sources and circumstances, making it stand out from the typical Norwegian source pattern.  Church of Norway parish records for baptisms, confirmations, marriages, and burials form the foundational genealogical structure for most Norwegian souls, along with national census enumerations.   As long as you have a name and a firm location, you can typically find these records for almost any Norwegian ancestor – except in those cases where the local church suffered a fire at some point.  Emigration and passenger records are sometimes discoverable as well, and land and probate files are frequently helpful.

However, in this particular research project, I encountered two categories of sources I had not previously employed.[1]Both had been consulted previously but this was the first time to receive a positive hit.

The first was prompted by the conversion in 1895 of Maren and her husband Johan Larsen from the State Church of Norway to the Lutheran Free Church (Frikirken), a religious organization still in existence.  The second refers to the Norwegian system of tracking domestic migration.

The project also introduced me to the following aspects of Norwegian society during the late 19th and early 20th centuries: