Once upon a time there was a Chinese girl named Shuping.[1]Shu is pronounced like “shoe” and Ping as in “ping-pong.”  She was born in Communist China and raised during the Cultural Revolution.

At the height of Mao’s tyranny, no Western influences whatsoever were allowed.  Only 8 model revolutionary operas were permitted in the theatres.  With titles like The Red Detachment of Women and Taking Tiger Mountain by Strategy, entertainment – if you can call it that – was pretty stultifying.  Thus, when China began to gradually open up to the West in the early 1980s, it was a shock to many Chinese to see how the rest of the world lived.

Shuping, for example, was 20 years old before she ever saw an American movie.  The first one was On Golden Pond!

The story revolves around the troubled relationship between a father and his adult daughter, starring true-life father and daughter Henry and Jane Fonda.  The setting is the family’s lake cabin in Michigan.[2]Good friend Susan Valentine points out that filming was actually conducted on Squam Lake in New Hampshire.

Promotional image from the 1981 film On Golden Pond

The film made a profound impression on Shuping.  Not because of the story, which she barely remembers, but because of the beautiful lake and rustic cabin.  It was hard for her at the time to believe that people actually lived like that.  Certain images from the movie of the family out fishing on their boat and the setting sun on the lake have stayed with her all her life.  To live in such a setting became a secret desire, for many years barely even whispered to herself. 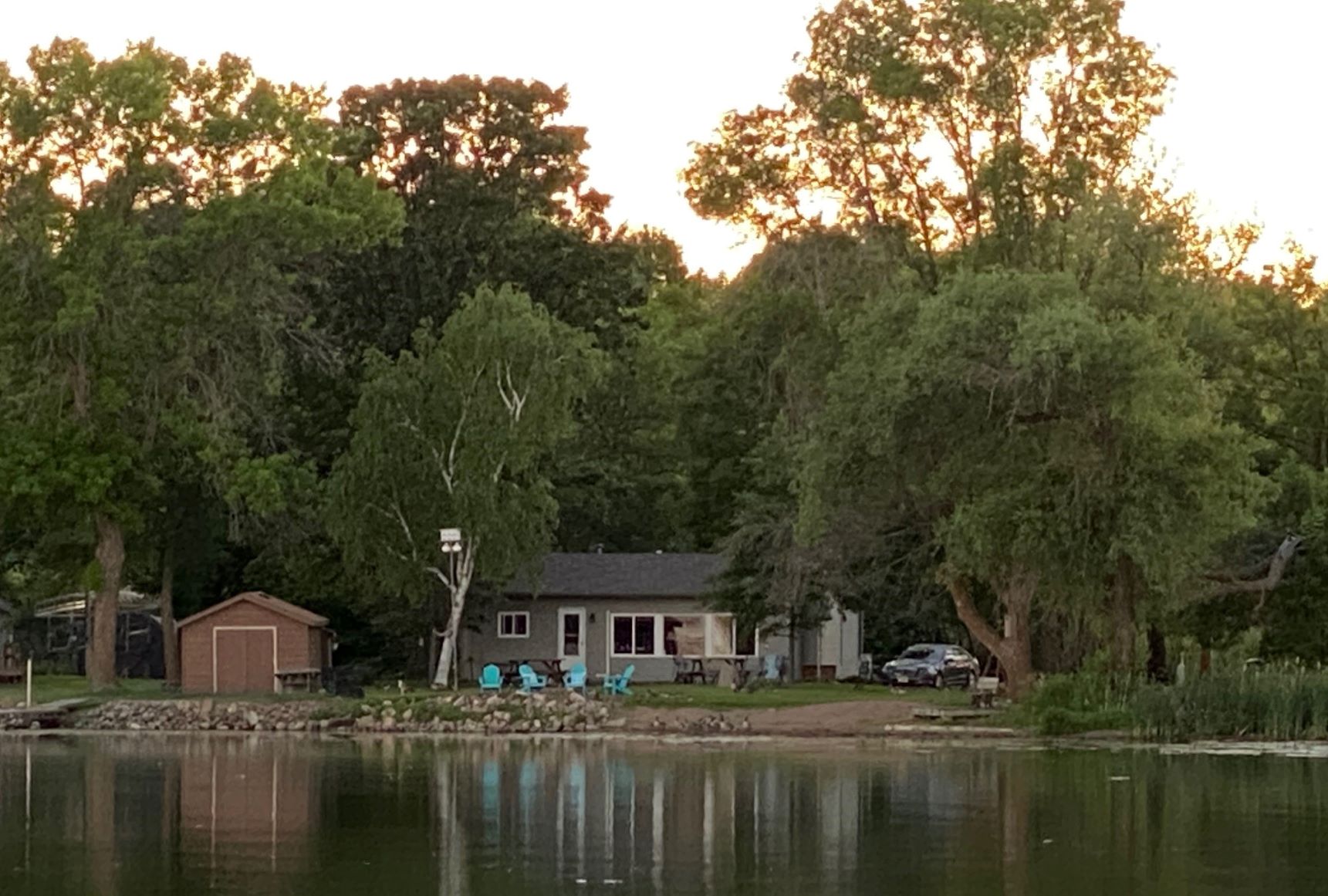 In April 2021, the dream became reality.  After six months of trying to buy a cabin in this crazy seller’s market and making two other offers that came up short, Shuping (aka Lucia) and I finally succeeded in getting one.  How appropriate that it became reality in the state where lake-cabin living is most celebrated: Minnesota!

The featured image at the top of this post shows Lucia out on the lake last weekend.  Neighbors Frank & Robin were kind enough to invite us on their pontoon boat.  It was Lucia’s first experience cruising around a lake like that!  The smile tells it all. 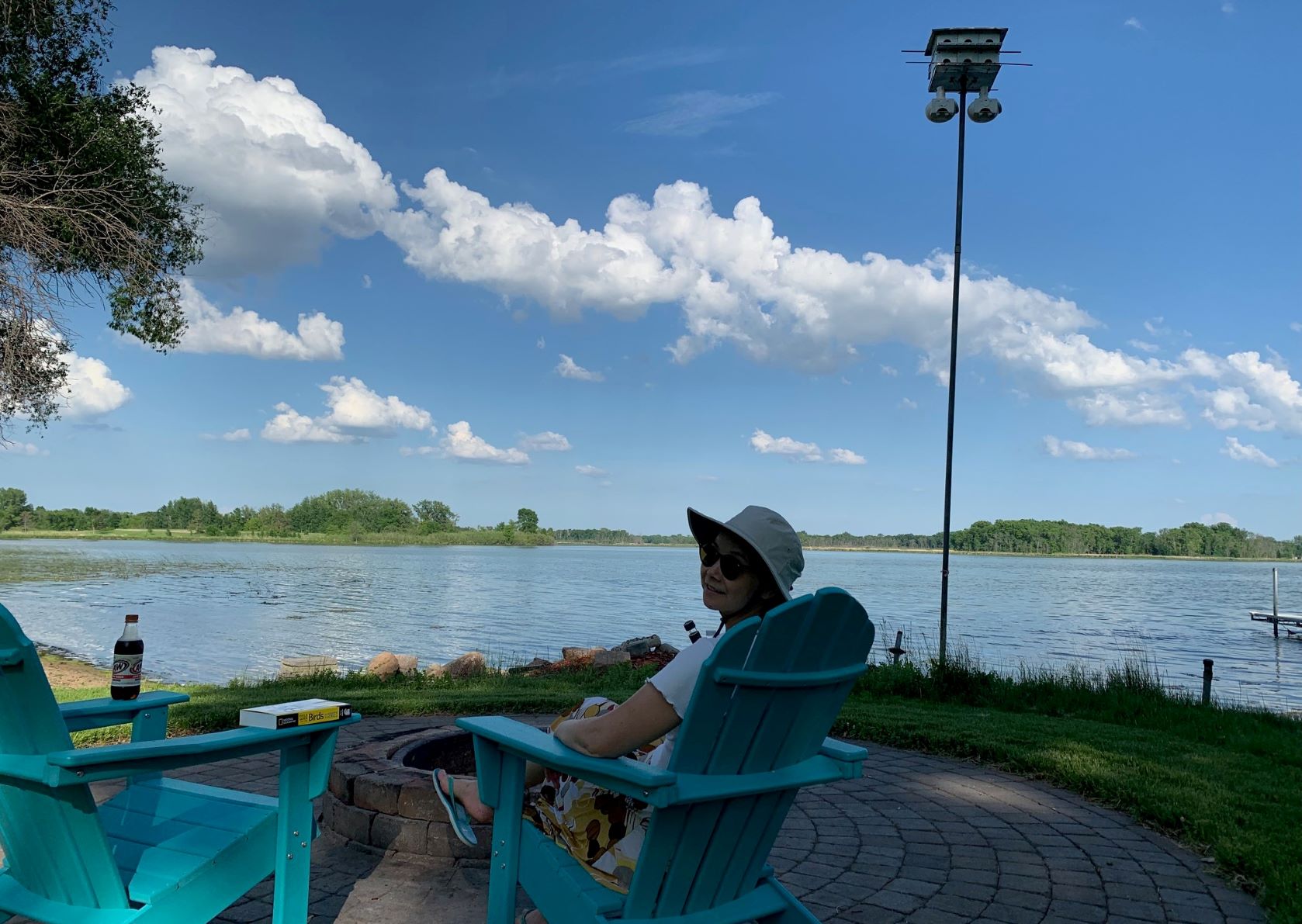 The view from our fire pit, June 2021 (Photograph by author) 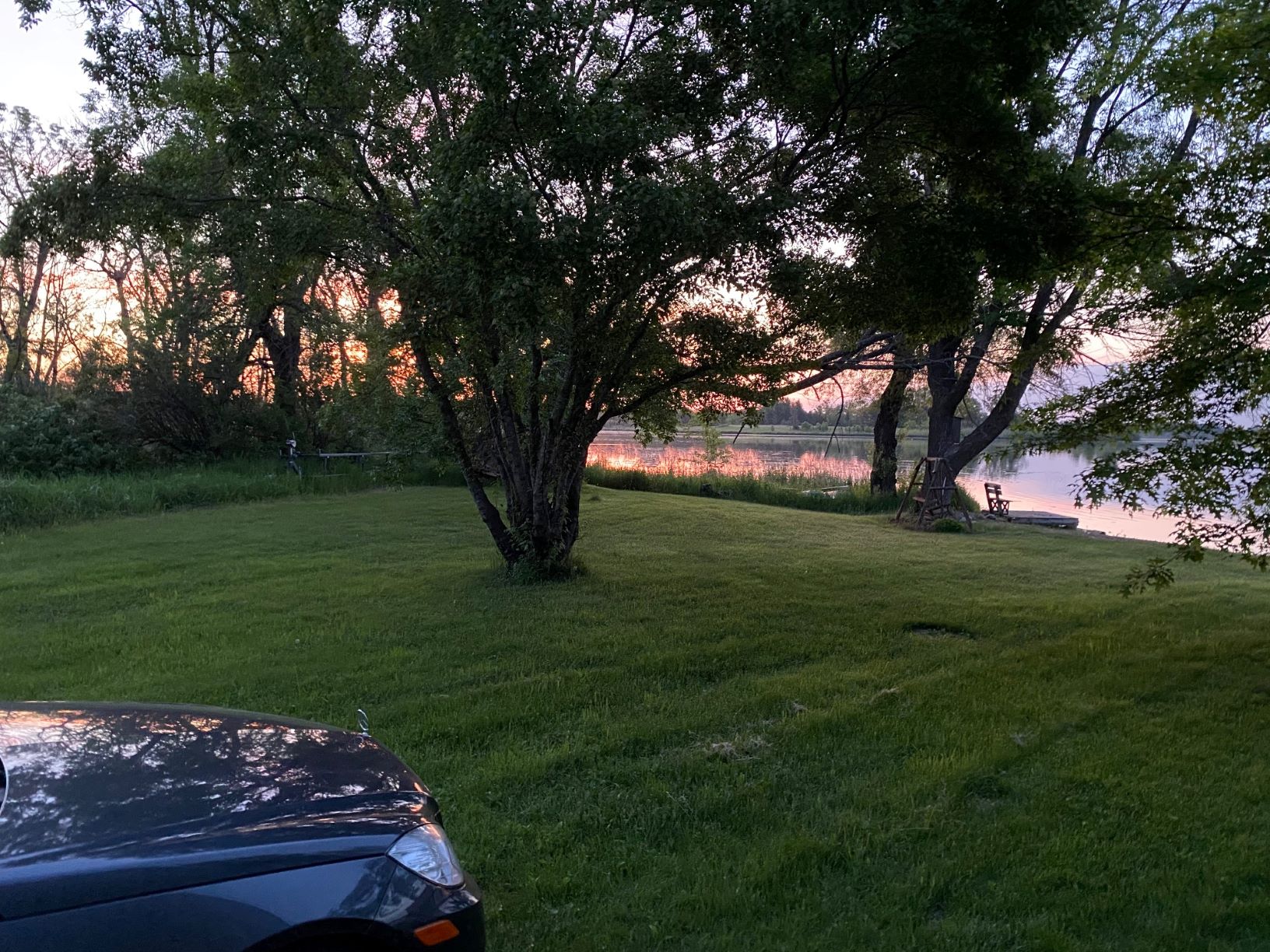 The early morning sun coming through the trees, June 2021 (Photograph by author)

We’re extremely pleased with our new summer home.  The cabin itself needs some work but the lot is exceptional.  We’re in the process of furnishing and decorating it.

Here’s a decorating touch I thought Joy Kiser would enjoy.  It’s a copy of her 2012 book about the Jones family’s Nests & Eggs of Ohio art project from the 19th century. 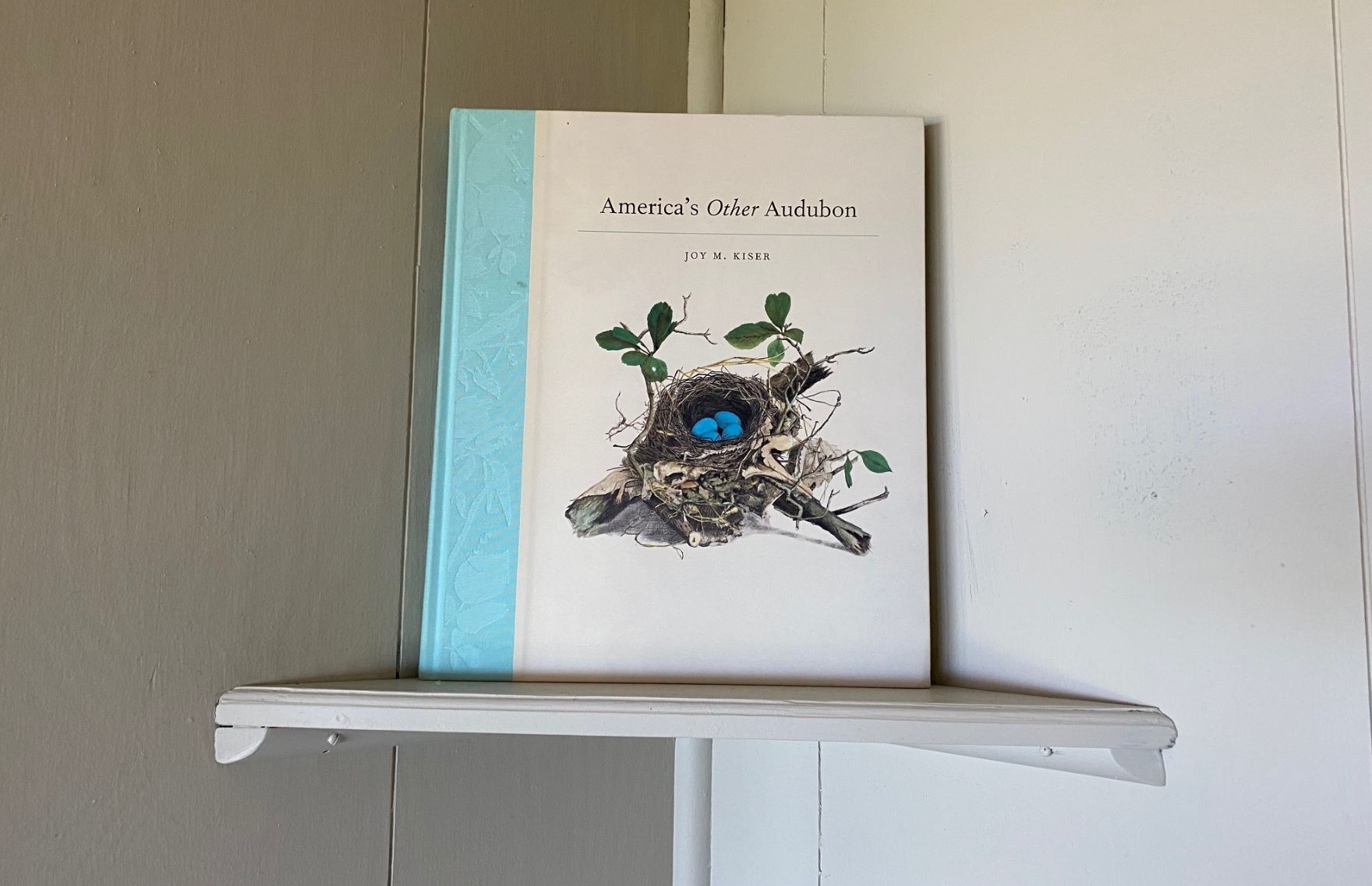 America’s Other Audubon by Joy M. Kiser (Photograph by author)

Speaking of birds, I was stunned to see a Baltimore Oriole the first week at the cabin.  There must be several nests nearby because we see them almost every day.  What a treat!  Honestly, I think it’s been over 40 years since I’ve seen one.  I had forgotten how beautiful they are.  I’ve had my eye out for a Baltimore Oriole ever since moving to Northern Virginia in the 1980s, but have never seen one there.  The neighbors tell us that the Bald Eagles who nest across the lake often perch in the tree on our property, so we have that to look forward to as well. 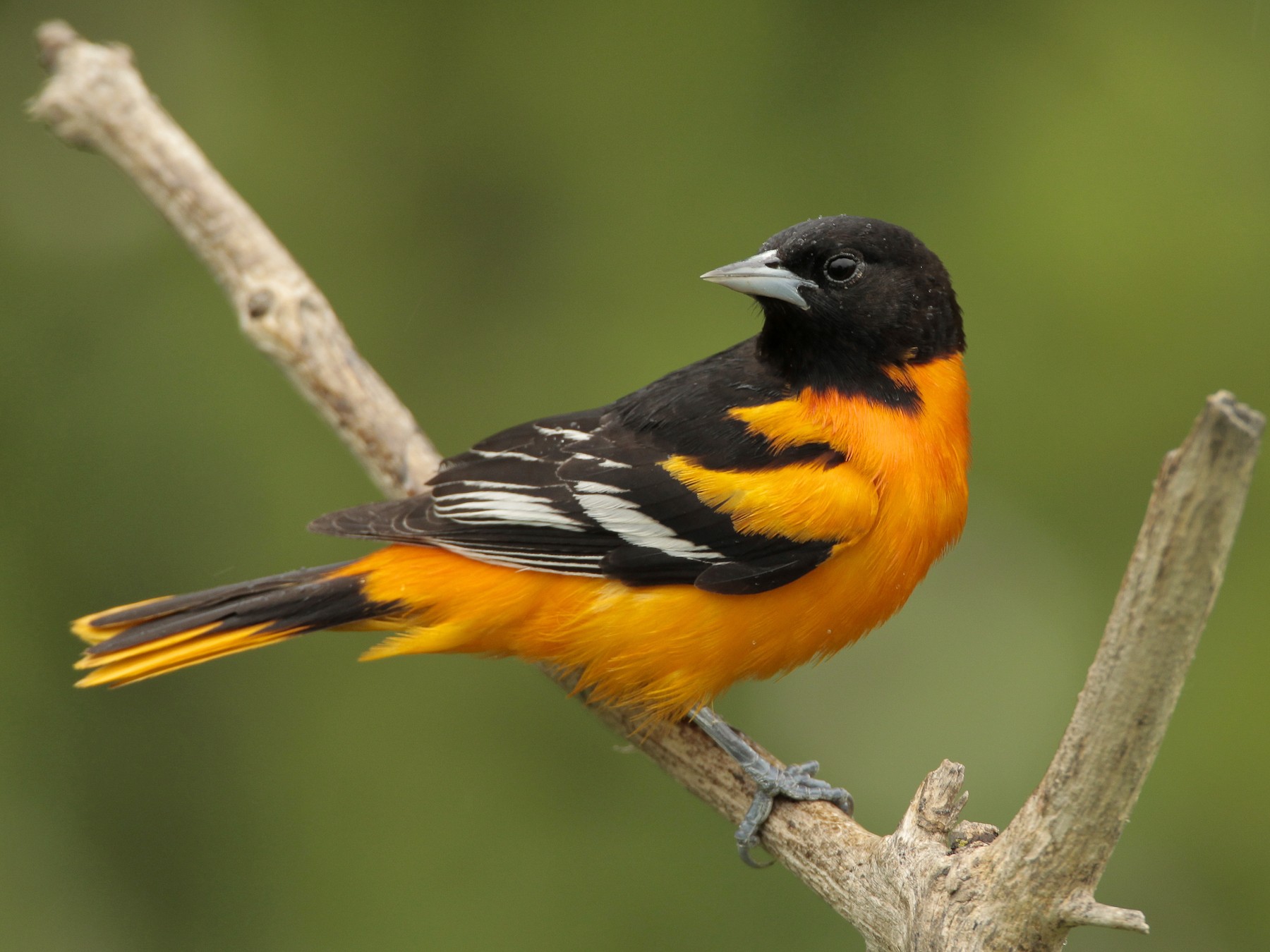 Another decorating touch was placing my father’s stuffed gazelle head on the cabin wall, which he shot in Ethiopia in the early 1950s.  I’ve already got a good story prepared for gullible Minnesotans.  When asked, I will explain that it’s a Red River Gazelle, very rare, and that my father shot it up by Fargo in 1953! 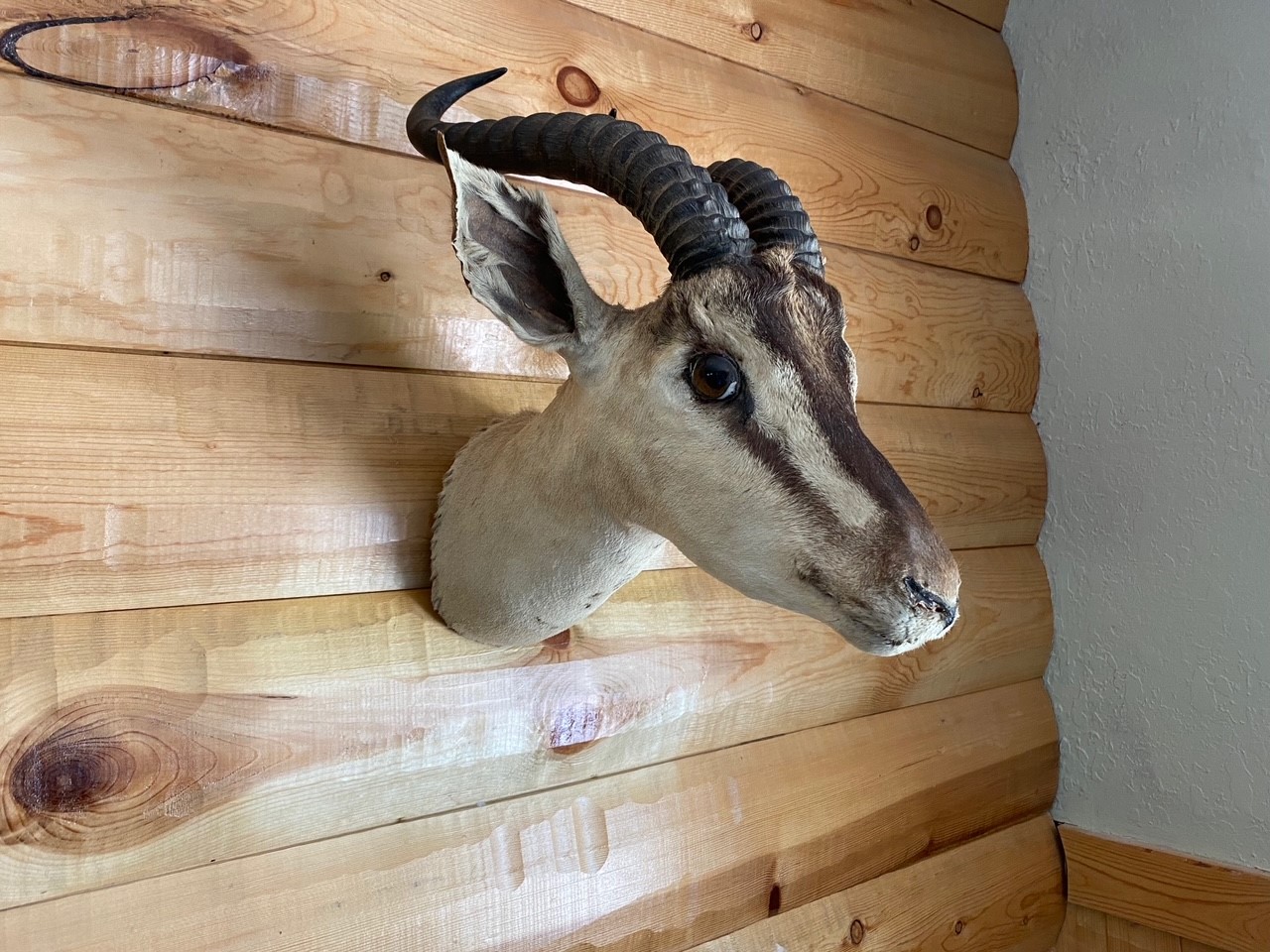 My Mom would have loved this place.  I think she is smiling down on us.

She would have also loved hearing that our neighbor Eric (in Virginia) has dubbed me The Dreamgiver!