My Mother’s memorabilia boxes are revealing all kinds of cool stuff.  I knew my Mother was a nostalgic person, but it’s just amazing that she apparently kept every letter and card ever received!  She truly treasured each and every relationship.

Amidst Mom’s pile of correspondence are two letters from Norway dated 1961.  They were written by a Norwegian cousin, 15-year old Kirsten Olstad.  I was the recipient.

In 1961, I was 7 years old.  We were living in what we called the Pink House on Centerline Road about 5 miles outside East Aurora, New York.  Mom asked me one day if I wanted a penpal in Norway.  I vaguely recall that the family had made contact with some distant cousins and that Kirsten wanted to practice her English.  I distinctly remember Mom using the phrase “second cousin,” which was a new term for me at the time.  (Kirsten was, in fact, my Mother’s second cousin.)  I’ve realized now that Mom’s request must have been prompted by the visit of my great-uncle Jack Bonn to Sogndal in 1960.  She probably mentioned that but I don’t remember it.

I thought a penpal was a wonderful idea.  So I wrote a letter, Kirsten responded, I followed up with another, and she responded again.  After the exchange of two letters, I dropped the ball and never wrote again.  I remember not being sure what to say at the time, and I think I was a little intimidated about corresponding with a 15-year old girl, especially one so good-looking!

In one of her letters, Kirsten sent two photographs – one of herself and another of her younger sister Borghild. 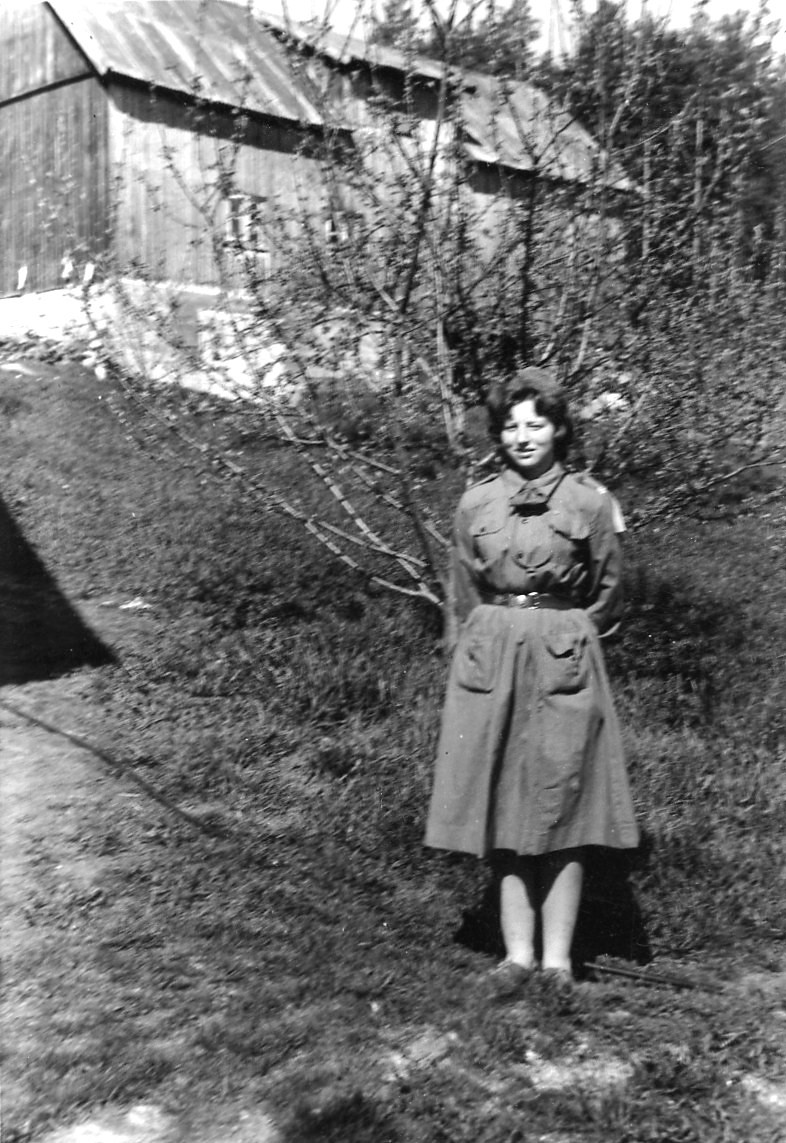 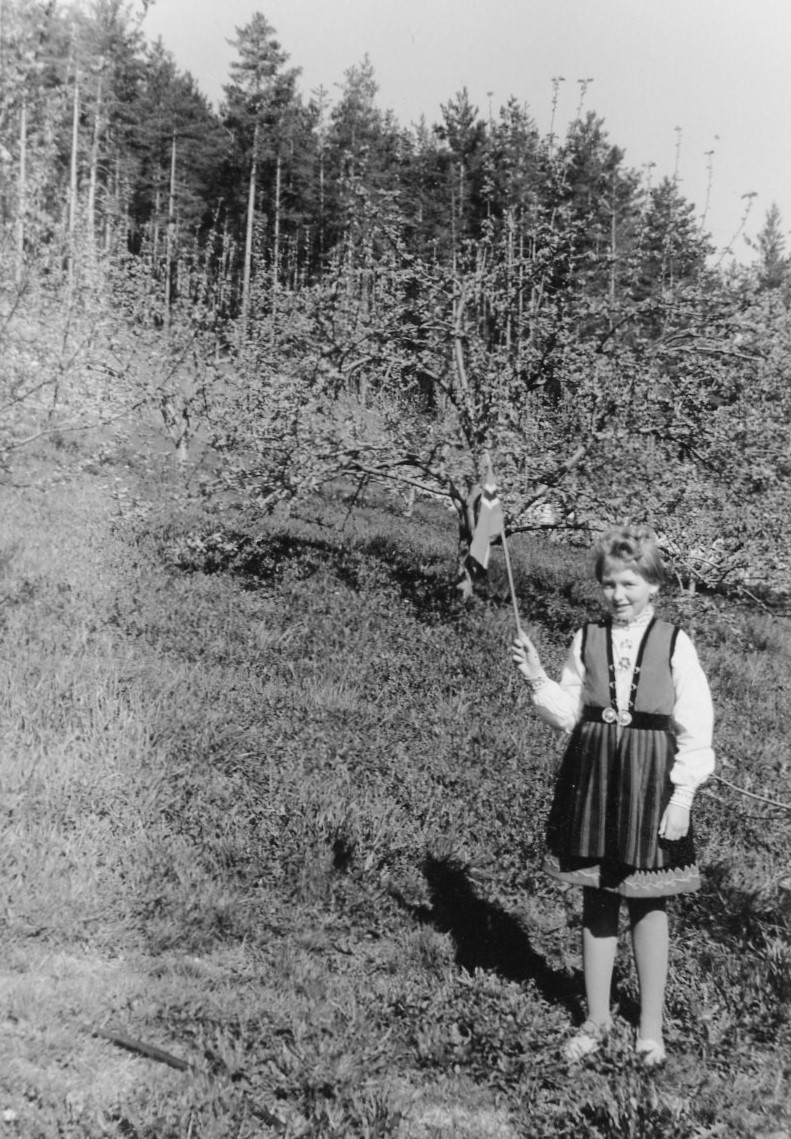 When Lucia and I visited Sogndal, Norway in 2019, I took the photographs with me.  We had the pleasure of actually meeting Borghild for the first time.  I presented the photos to her – she loved them!  In the featured 2019 photograph at the top of this post, she is the lady second from the right.

Unfortunately, penpal Kirsten lived too far away to make it to our welcoming party.  Maybe we can visit her on our next trip.

What a lovely surprise to come across Kirsten’s letters.  Mom kept them all these years.  Unbelievable.

Here’s one of them: 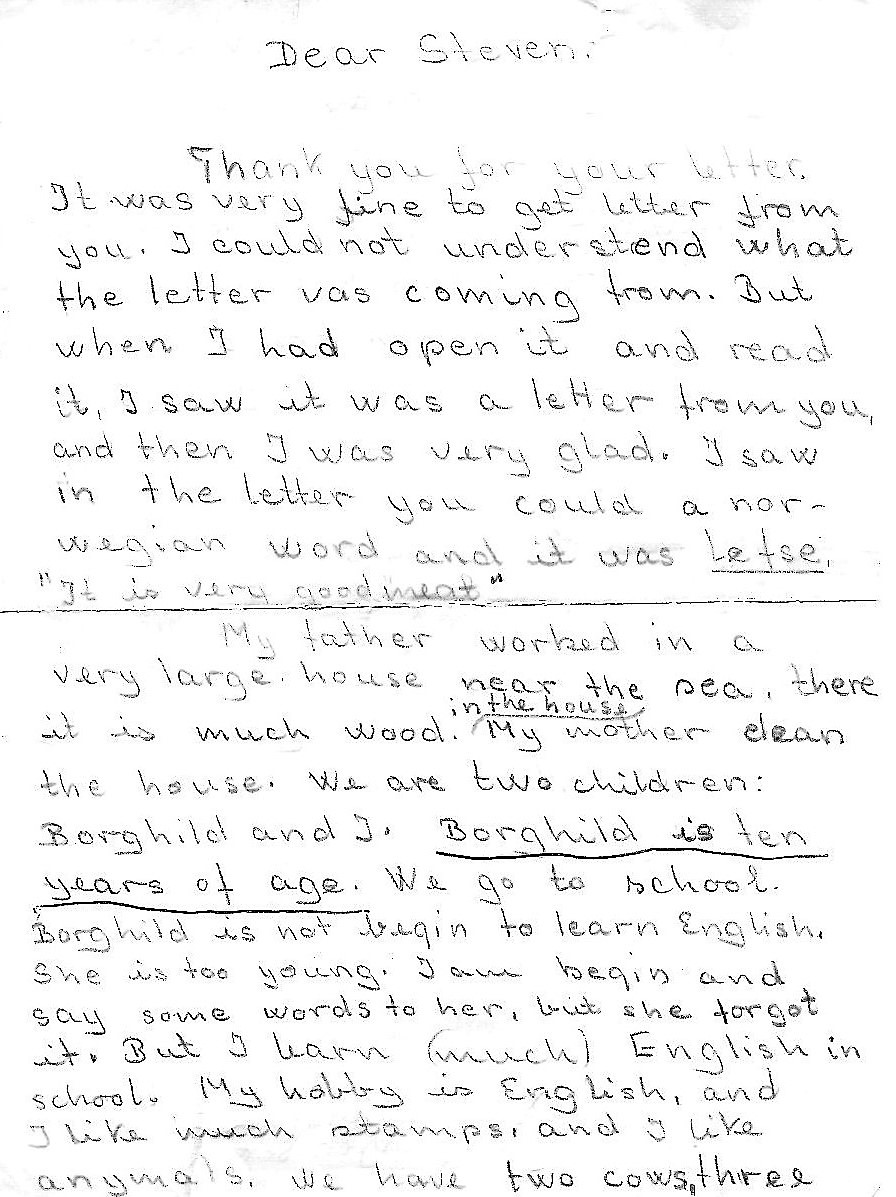 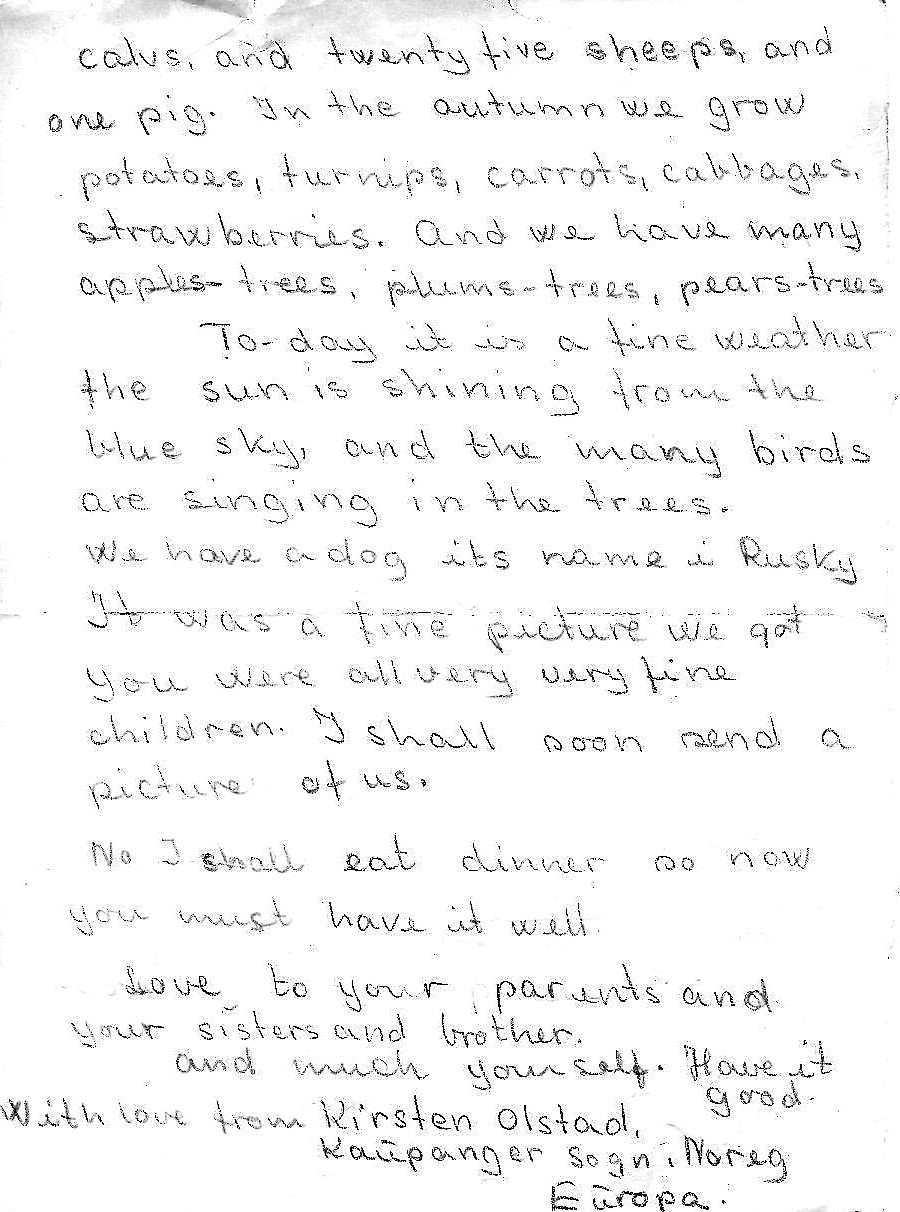