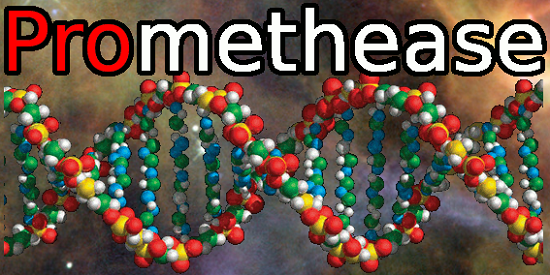 Of all the major DNA testing companies, 23andMe is the only one that specializes in health reports.  Their Health+Ancestry Service costs $199.  (Their basic autosomal test is $99.)  The results provide customers a view into genetic predispositions to various illnesses and health conditions.  This is an important feature of 23andMe‘s marketing and has helped drive its growth.

However, there is an inexpensive option for those who haven’t tested with 23andMe.  It’s a third-party tool called Promethease.  It provides the same kind of health information from any testing company, including AncestryDNA, FamilyTreeDNA, and MyHeritage.  Actually, you may download 23andMe data to Promethease as well to get a cheaper version of the same results as their Health+Ancestry Service.  Here’s an explanatory video on their website:

Promethease operates by analyzing a finite set of single nucleotide polymorphisms (SNPs) in your genome and comparing them to genetically-focused medical studies.  These genetic studies are catalogued in a repository called SNPedia.[1]Michael Cariasom, Greg Lennon, “SNPedia: a wiki supporting personal genome annotation, interpretation and analysis,” Nucleic Acids Research 2011; doi: 10.1093/nar/gkr798.  Basically, Promethease is comparing your DNA to scientific publications that have found links between certain SNPs and various medical conditions.  There are currently over 110,000 SNPs in SNPedia.  Not all of these are medical in nature: SNPedia includes anything that has “significant medical or genealogical consequences.”  For example, red hair, eye color, and baldness indicators are included.

This approach has obvious limitations and it is important to understand how to use your Promethease results.  First, each scientific study may have its own limitations (e.g., small sample size, false positives).  Second, only a sliver of your genetic code is being tested and compared to SNPedia; it is not your whole genome.  Third, medical conditions and predispositions to diseases are more complex than one SNP or two.  Why you may or may not develop a condition is usually driven by multiple genes.  In addition, environment and lifestyle are huge influences.

Despite these limitations, I have always been curious to see what my DNA might reveal.

Because I have never tested with 23andMe, I had considered purchasing Promethease before but never took the plunge.  Then a couple weeks ago, I was attending the Fairfax Genealogical Society Spring Conference here in northern Virginia and sat in a session about DNA third-party tools where Promethease was discussed.  It was another boffo performance by geneticist Diahan Southard.

So I ordered a health report.  It’s only $12 and I had my results in less than 10 minutes.

I won’t reveal all the health indicators in my report but here are several highlights:

The first two items were not a surprise.  A number of male relatives on my Mother’s side have had heart issues, even in their 40s, and my Dad had slow-growing prostate cancer the last 10 years or so of his life.

The lower risk of dementia – if true – is very nice to hear.  I like that one!

As for the baldness, my father gradually lost most of his hair and he always told me when I was a boy that I would go bald too.  Not!  Sorry, Dad, you were wrong about that one.  In fact, I still have a full head of hair – much like the men on my Mother’s side – and the Promethease report appears to confirm the genetic basis for that.  I can stop worrying … haha.

I have never had a peanut allergy that I know of, so that one is a bit of a puzzler.  We grew up on PB&J sandwiches for goodness sake … and I still like peanuts, especially peanut butter.  Skippy chunky peanut butter is the only way to go!

The information provided by Promethease, in my opinion, is not as user-friendly as 23andMe.  Because it is a resource primarily for biomedical researchers, it is technical and takes some getting used to.  23andMe does a better job of interpreting and explaining the data to laymen.  Nonetheless, for $12, Promethease is a great bargain.