In addition to being obsessed with genealogy, I have an abiding interest in human prehistory and the anthropological development of Homo sapiens, both biological and cultural, and especially with what DNA research and human paleontology are now revealing about our deepest ancestry.  This is such a fast-developing science that practically every month brings new discoveries.  I will occasionally post stories about breaking news in this field.

Here’s a recent item highlighting an article in Science magazine that focuses on the question of whether mankind is responsible for killing off many species of large mammals.  Paleontologist Paul Martin first proposed the theory in 1966.  The idea was scoffed at originally but has gained acceptance over time.  Nonetheless, it remains in dispute: some scientists argue for “human overkill” and some argue for climate change as the primary driver of the extinctions.  There is no disagreement about the fact that numerous species of large mammals have disappeared from the earth during the late Pleistocene and throughout the Holocene era.

A commonly-cited example is the sudden decline of megafauna in North America at about the same time the earliest native Americans (the Clovis people) entered our continent from northeast Asia, approximately 13,000 years ago.  We used to have elephant-sized ground sloths, saber-toothed tigers, giant beavers, and woolly mammoths in North America – but no longer.  Australia experienced the same thing when humans arrived there about 35,000 years or more ago.  The few species of large mammals surviving today are primarily found in Africa. 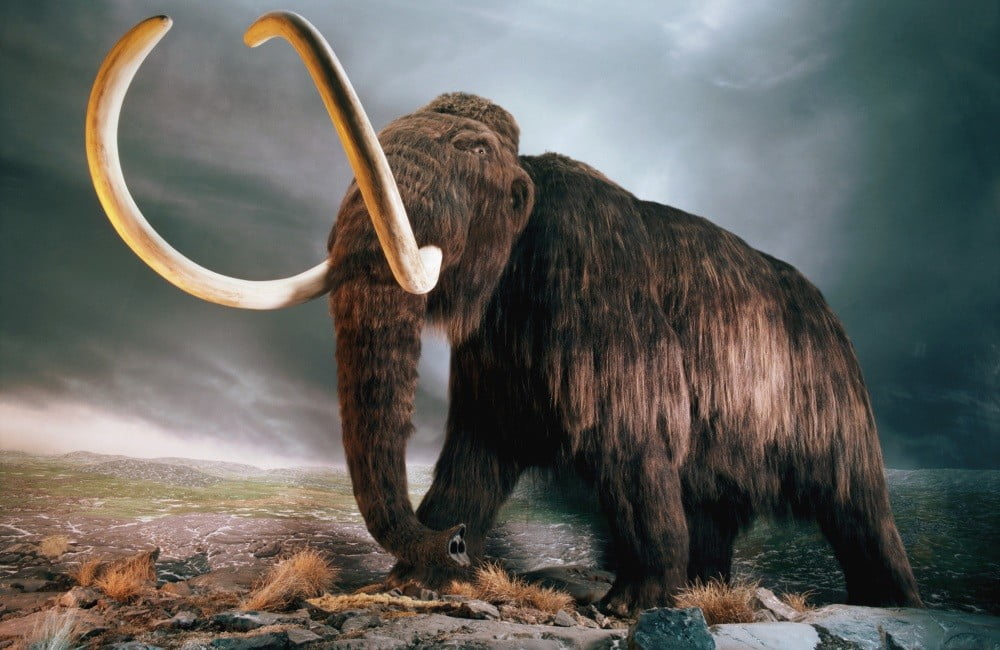 This article by scholars from the University of Nebraska – Lincoln, Stanford, UC San Diego, and University of New Mexico argues in favor of the human overkill hypothesis.  Their research indicates that megafauna extinctions began to occur as much as 125,000 years ago, approximately 90,000 years before previously thought.  Most importantly, they side with the argument that human overkill was primarily responsible.  Their analysis indicates that this recent phase of extinctions is greater than at any time in the past 65 million years, and correlates well with the arrival of humans in various places on the globe but does not correlate well with climate changes.

I tend to support the human overkill hypothesis, although climate change and other environmental factors have always been drivers in species change and could have been contributing factors in certain of the recent extinctions.  There are just too many instances of large mammals dying off after humans showed up, not to mention the demise of other hominin species such as the Neanderthals and Denisovans.